Note: You are not logged in.
5E Modifier Buttons

This extension alters the standard 5E modifier box to include buttons for some often-used modifiers and moves the dice position.

For attacks, this adds buttons to flag the attack as an Opportunity attack, or to indicate that the target has Cover or Superior Cover and applies the appropriate modifiers.

For damage, this adds buttons to flag the roll as a Critical hit, or that it will do Max or Half damage.

These rolls will all be modified appropriately. 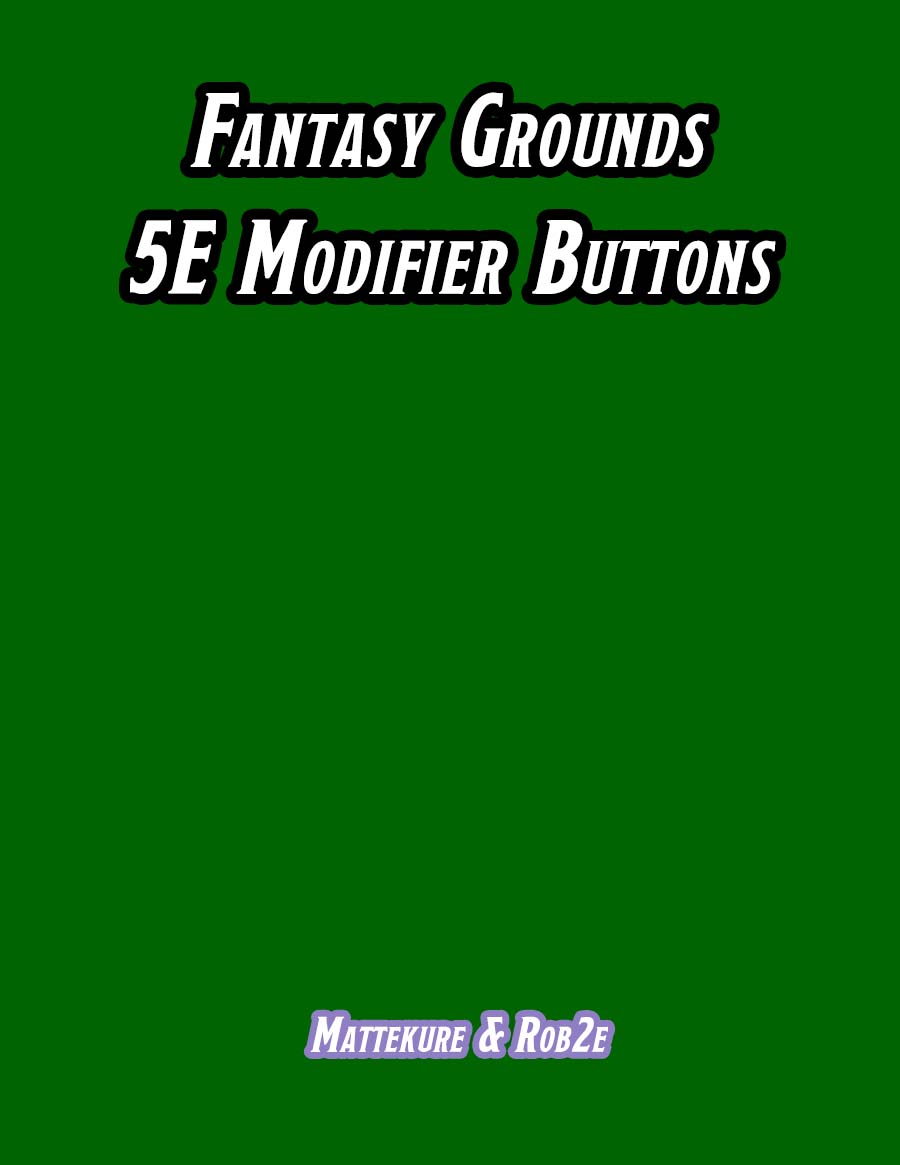