Note: You are not logged in.
5E Assistant Game Master

This stand-alone extension was created for 5th Edition Dungeons & Dragons, and its use in Fantasy Grounds allows a Game Master to grant full Monster & NPC control to any number of Assistant Game Masters or share monsters individually so players can easily control movement, targeting, and abilities. 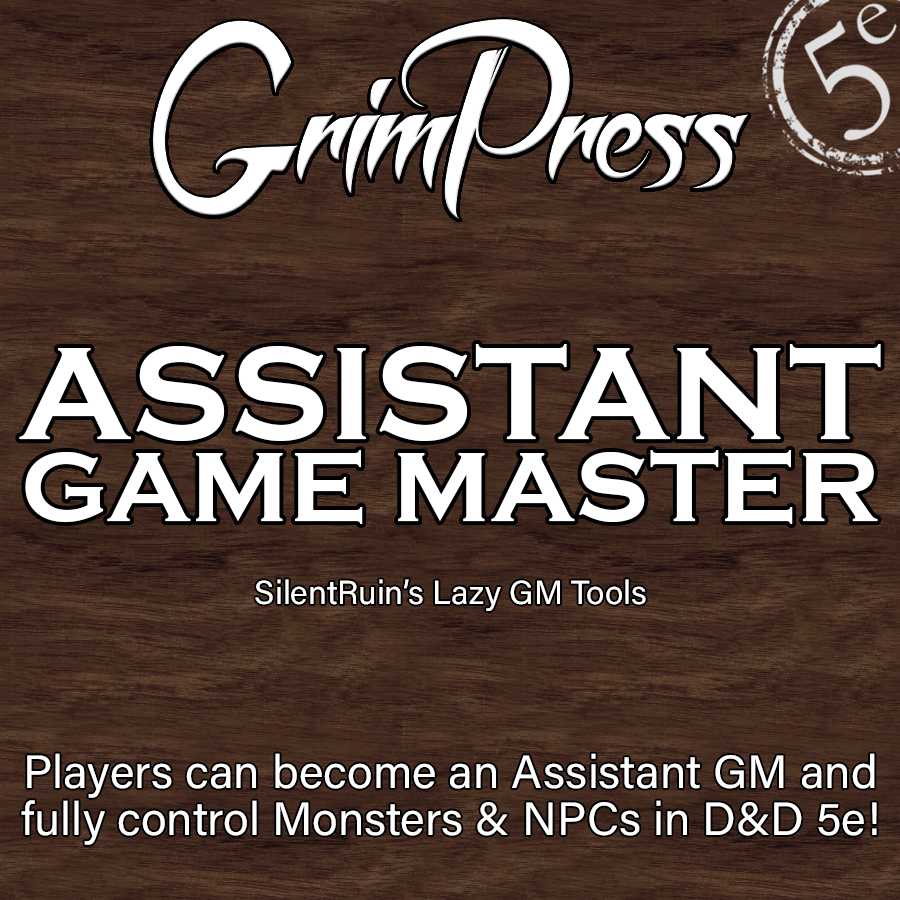 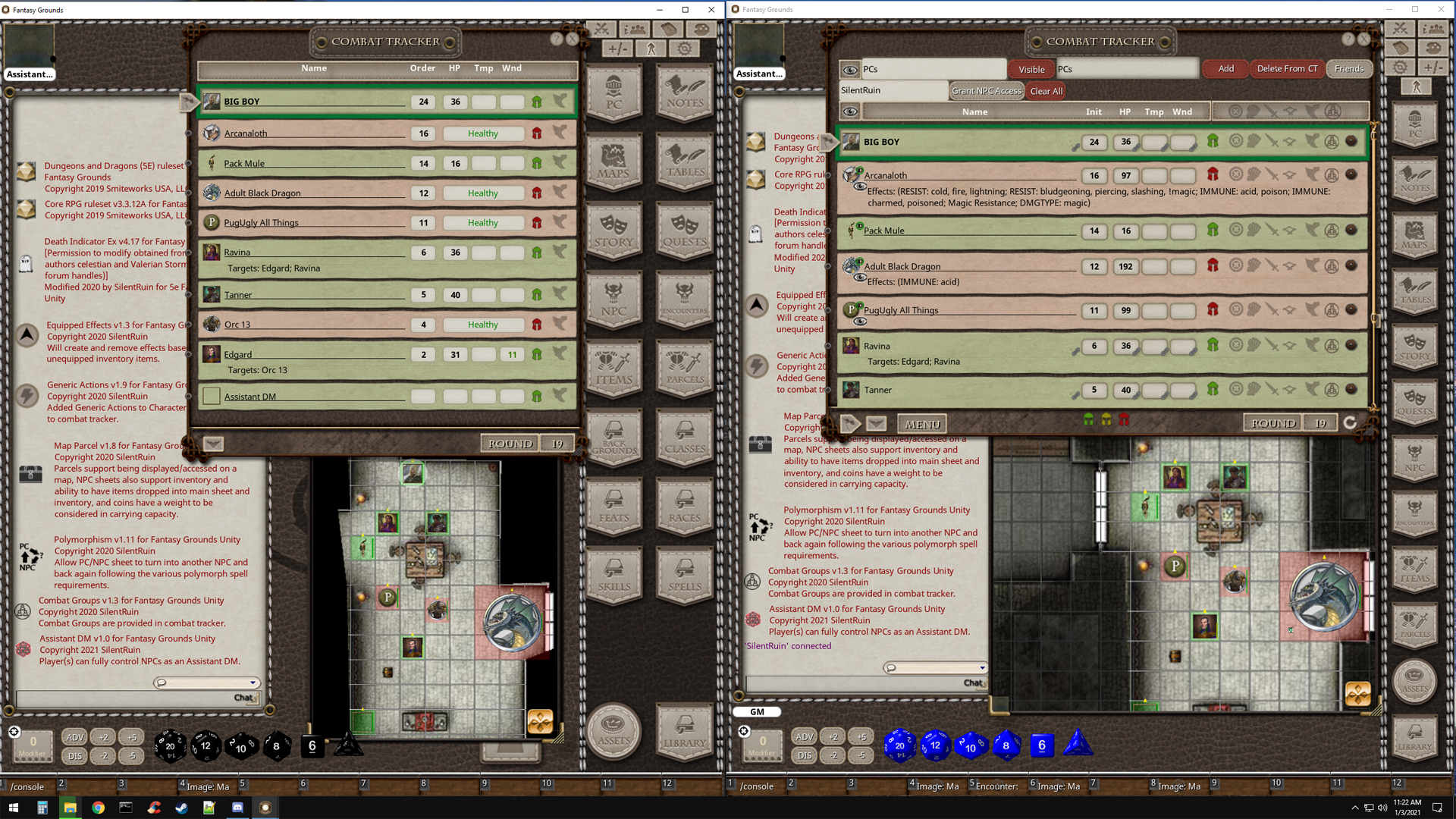 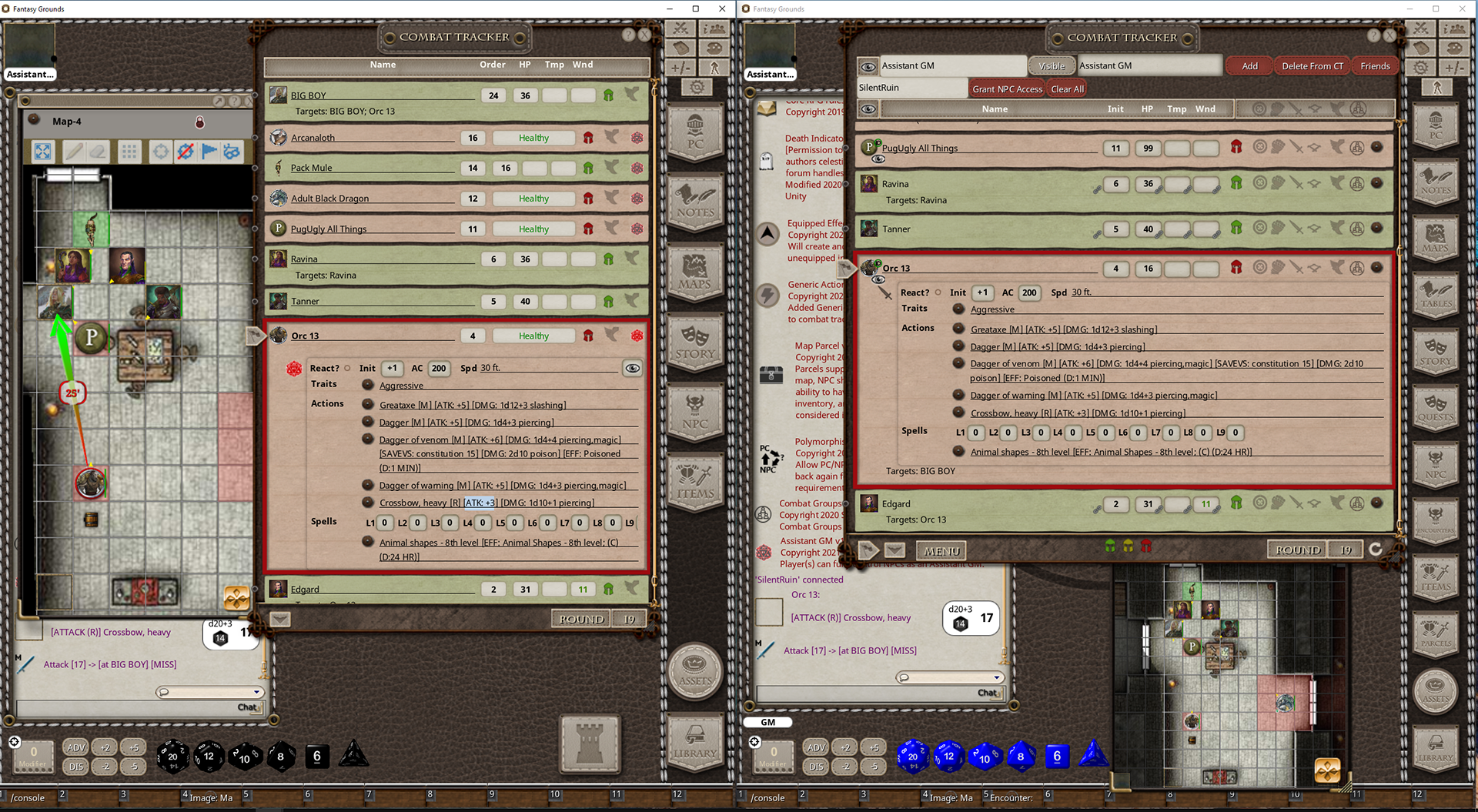 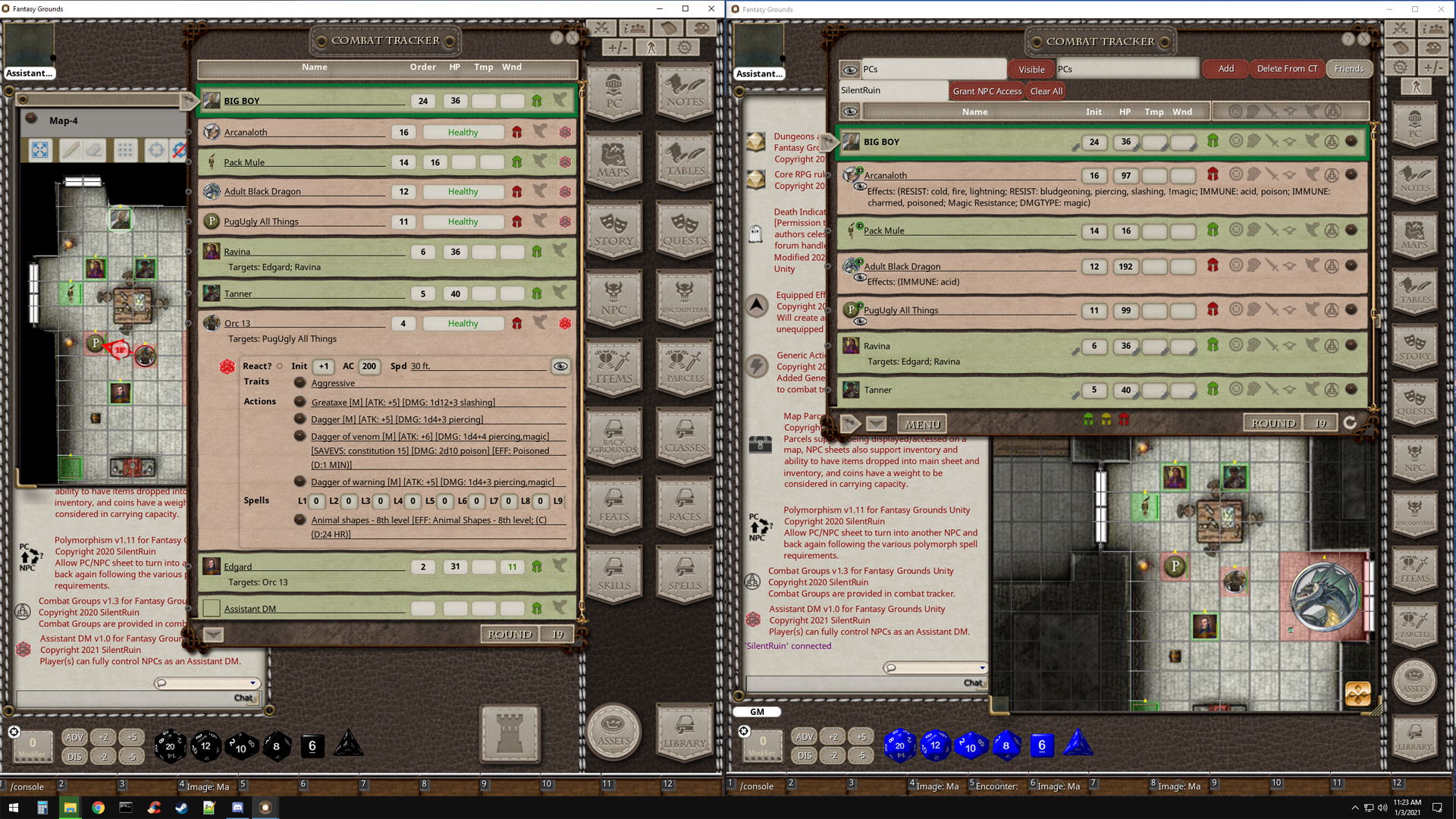