Note: You are not logged in.
5E Better Combat Effects Gold

Building off of the wildly popular free extension Better Combat Effects (BCE), BCEG is the next evolution of the product. It is backwards compatible, while adding new and exciting features. All future development will happen within BCEG.

This extension provides dozens and dozens of modifier tags to assist with the timing of activation, deactivation or removal (ADR). Including, but not limited to:

In addition to the extension, the included instruction module has a full list of the supported tags, examples of how to use them and details on the various options for the extension itself.

FG allows for PCs to have special tags in effects such as [STR] [PRF] [LVL] [CLERIC] which are automatically translated. Because of the square bracket [] format, these tags do not work for NPCs in the CT. BCEG allows these tags to be written with parentheses () instead which allows these tags to work with NPCs. 5eAE uses these () in NPC power definitions and BCEG will translate these correctly, while BCE will not.

Saves against conditions will automatically be granted adv/dis based on the traits of the Actor making the saving throw.

For support on our extensions, please join the Grim Press Discord server.

Grab 5e Automatic Effects on the DMs Guild today, or find more information about our coding effects on the FG Forums. 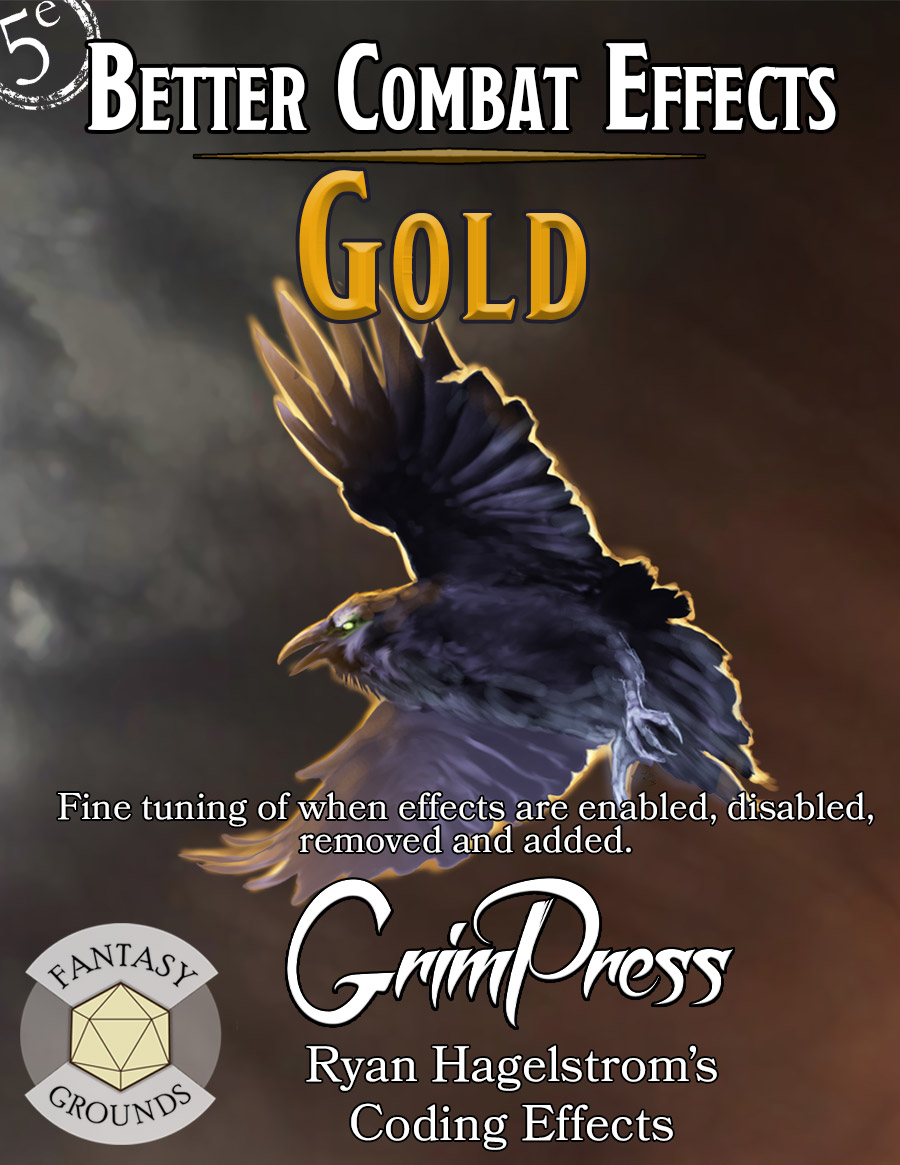 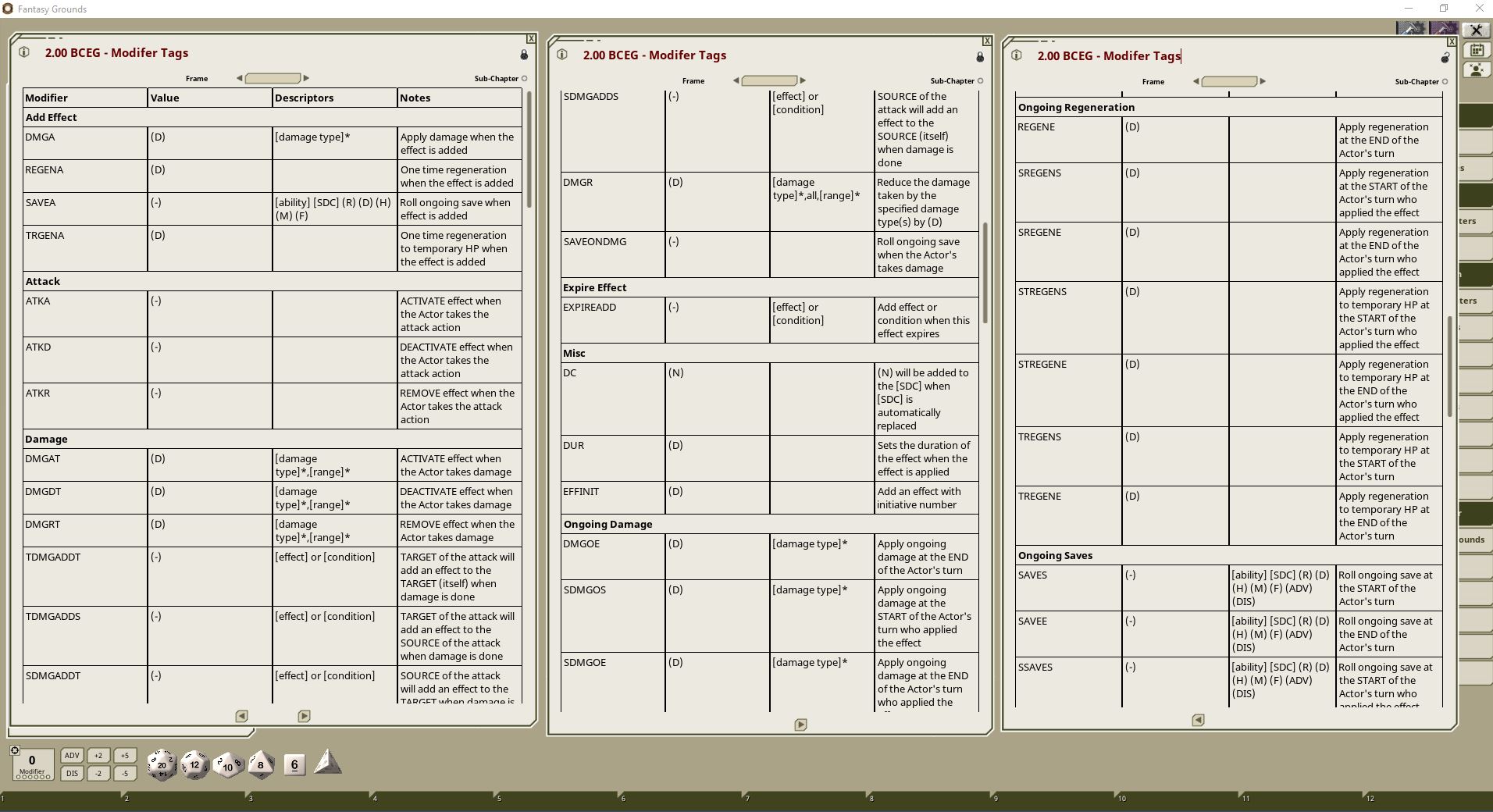 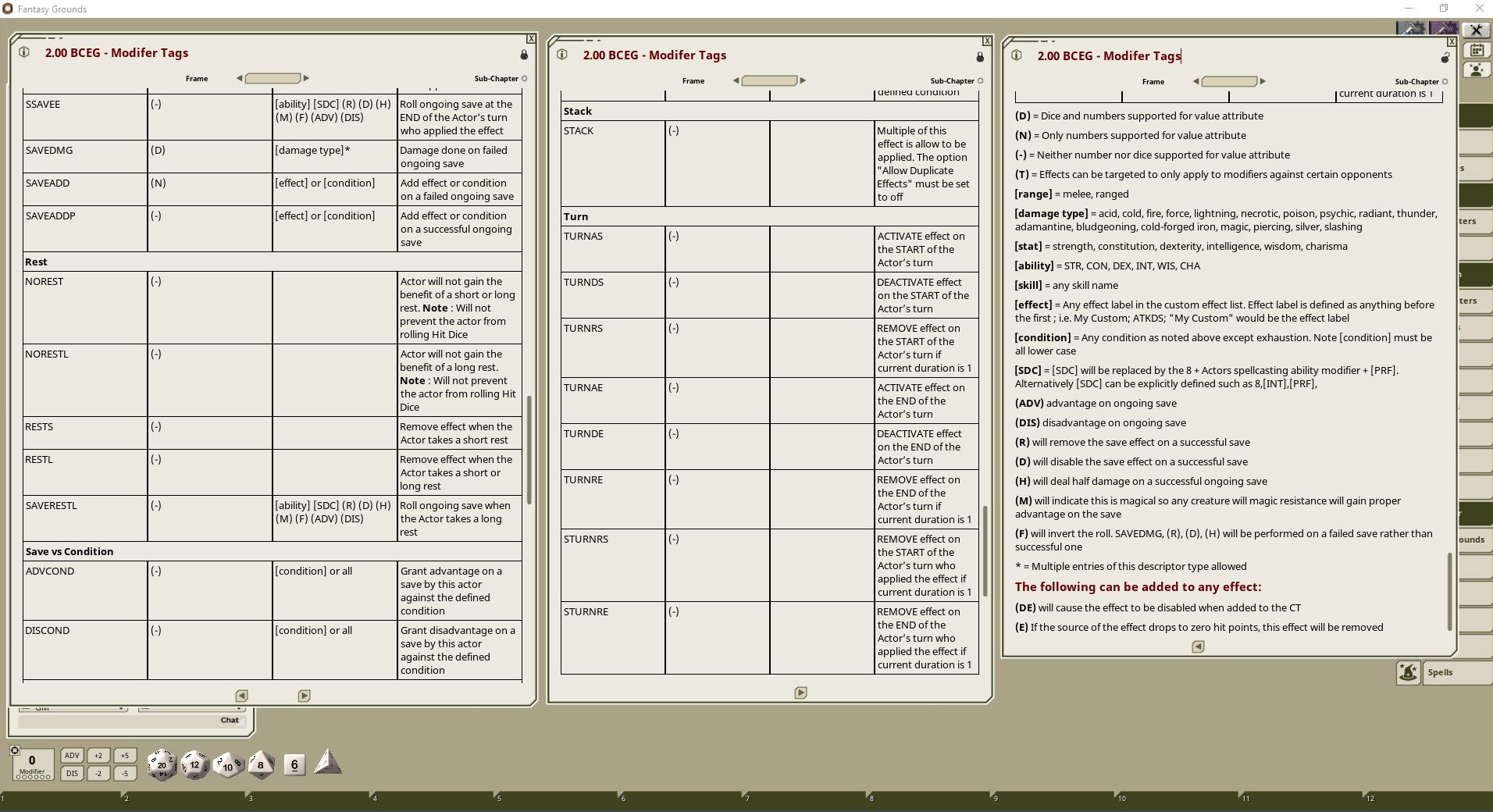 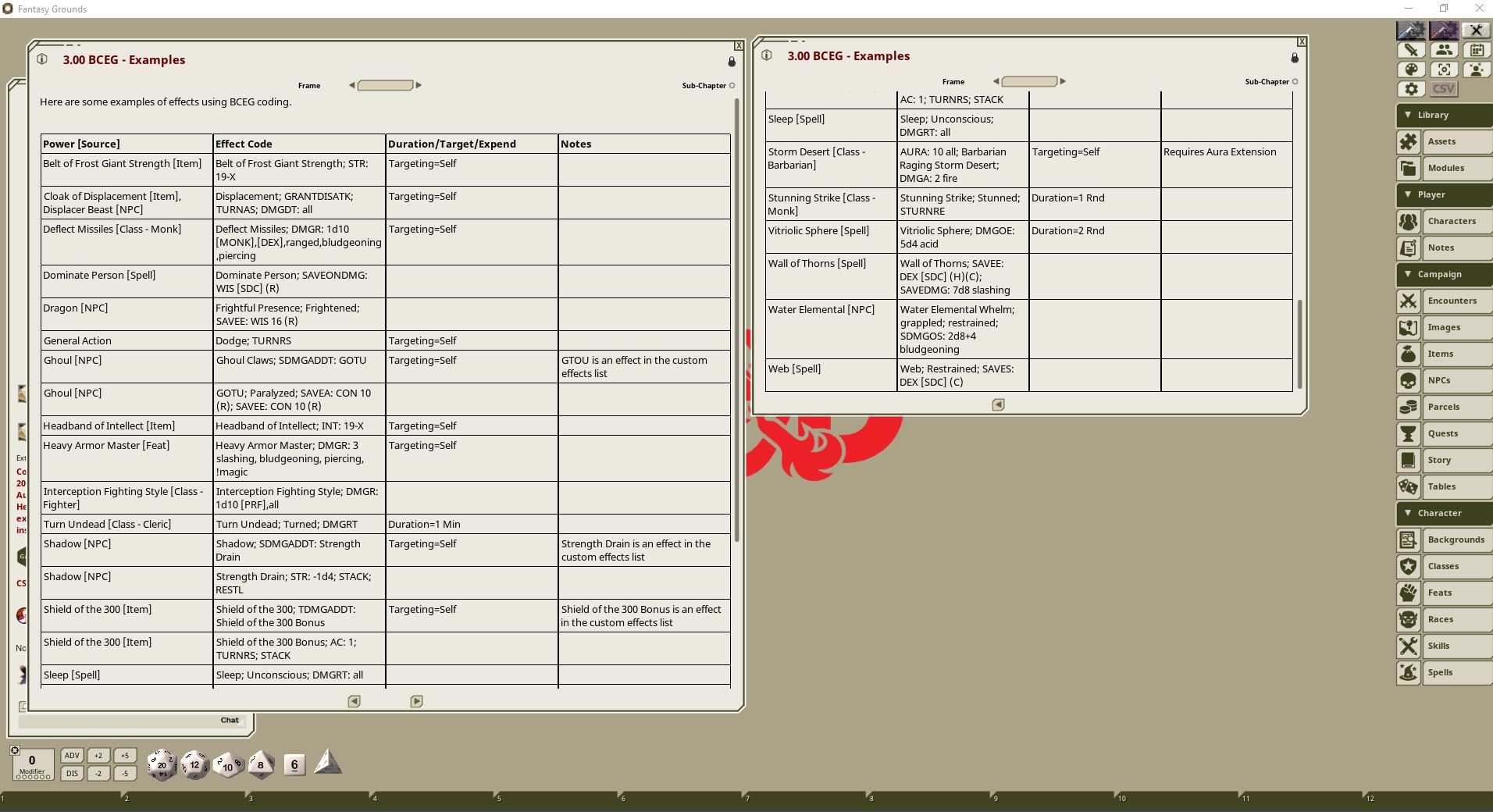 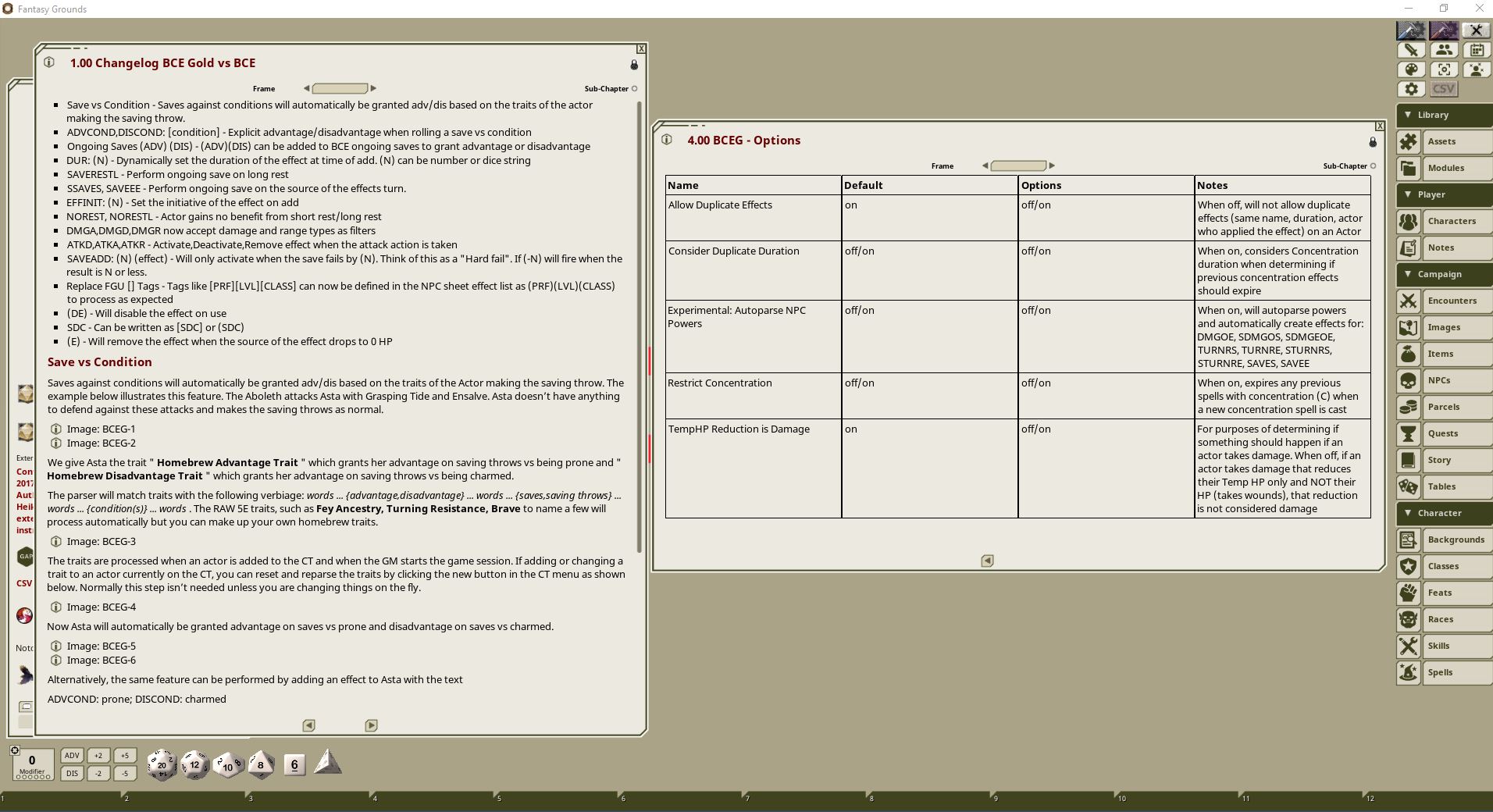