Note: You are not logged in.
5E Equipped Effects

This stand-alone extension for Fantasy Grounds allows your players to gain item-based effects simply by equipping them, which automatically adds the effects to the character in the combat tracker.

Additional perk included in this extension:

Sick of coding your own items, spells, feats, or racial features in Fantasy Grounds? Pick up the 5e Automatic Effects line of products on the DMs Guild, which do all this for you instantly when paired with this Equipped Effects Extension! 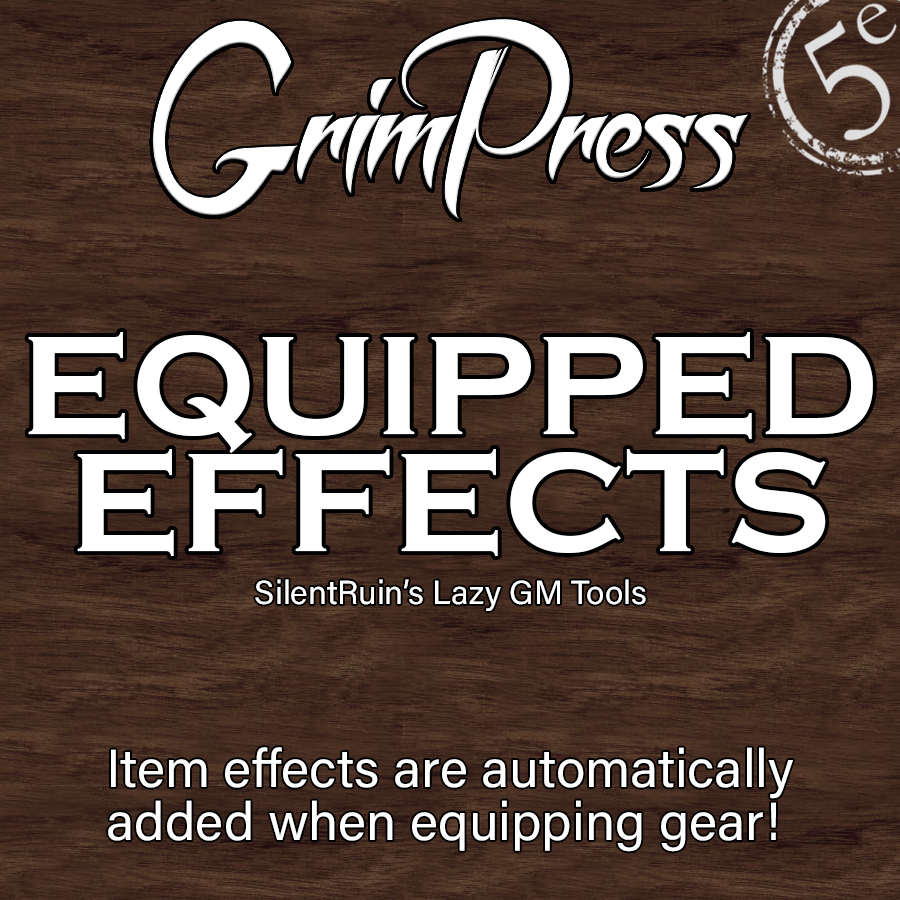 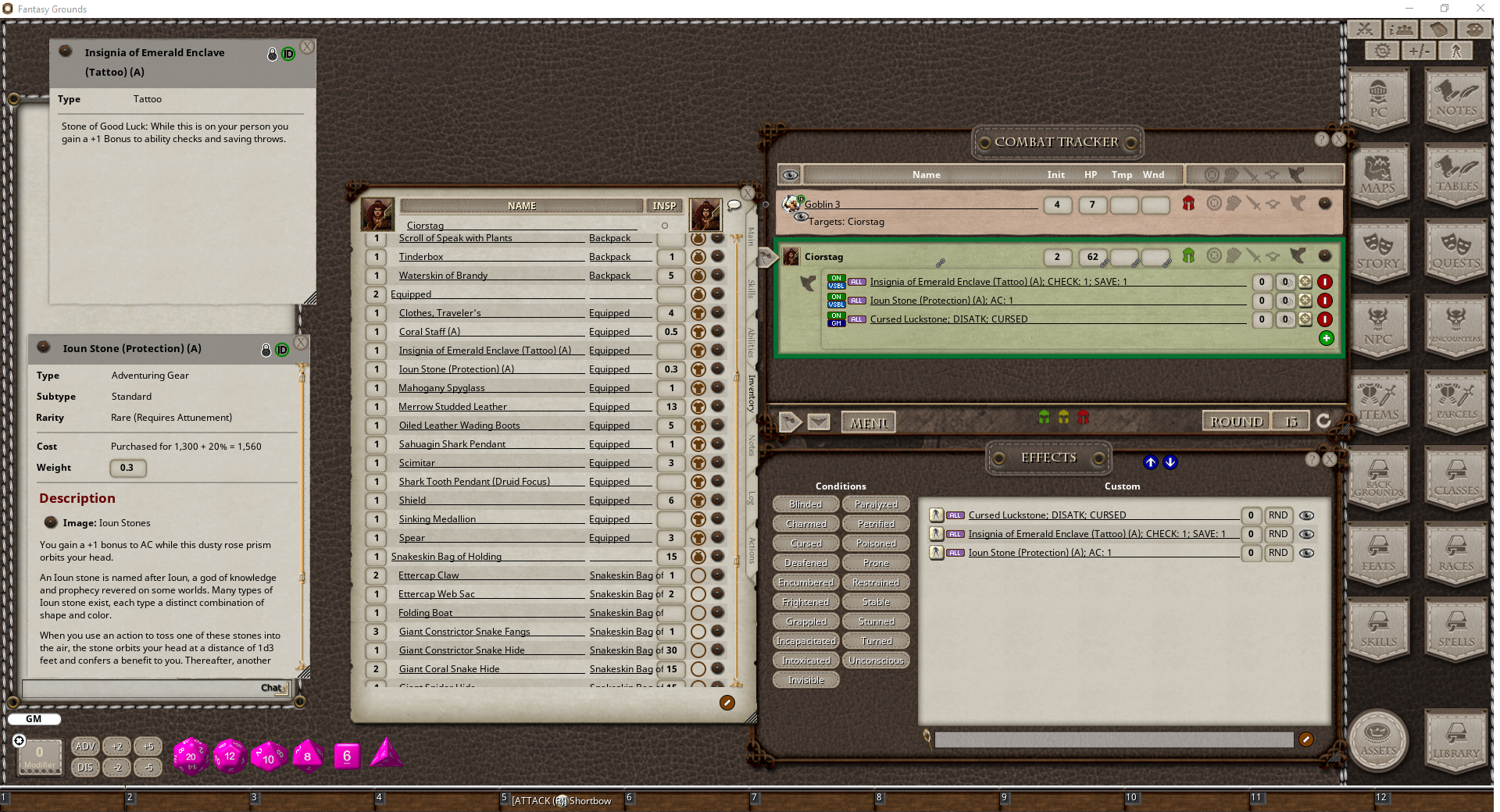 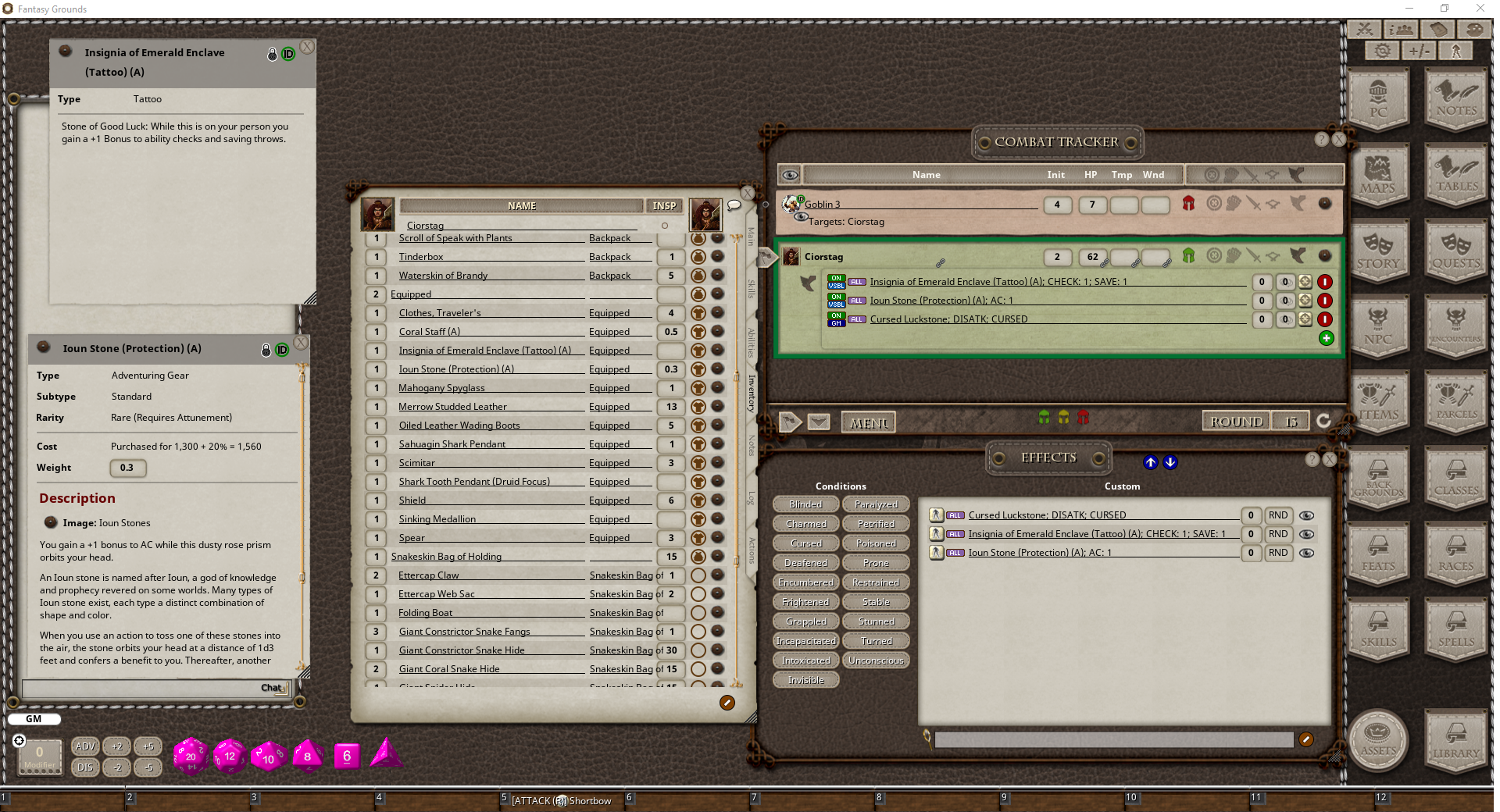