Note: You are not logged in.
White Lies RPG

This is a full ruleset conversion of White Lies RPG by DwD Studios.
This includes the Players Handbook information from the original game.
I have also included a basic Ruleset Guide to show how the main elements are used.

I have been given permission by Bill Logan to share this for free to you.
Get the Admin Guide here: https://forge.fantasygrounds.com/shop/items/445/view

This product is best described by Director Connor Black, in his address to the newest round of fresh recruits:

Sometimes people tell lies for good reasons. Ask any parent who has lied to his child about the loss of a loved one. Ask any man who was ever asked if everything was going to be okay when he knew it would not. Sometimes the truth is too ugly for people to hear. Sometimes if the truth were known it would change everything. It’s these little white lies that people tell their children, men tell their families, and governments tell their people that keep us safe.

The Constitution lists eighteen specific enumerated powers of congress. One is omitted from public view though. The ones you’ve seen are what are shown to the rest of the world but nothing is as transparent as that. Even the founding fathers had spy networks, without which their revolution would have failed in its earliest days. There is indeed a nineteenth power in Article I Section 8. It’s very specific and highly secretive and involves the security of this nation, outside the scope of its military, navy, militia, or even the highly known FBI or CIA.

To execute this power, a bureau within the government exists, layered in secrecy and discretely funded. Bureau 19. New agents have been recruited and are about to be trained, and they stand beside you today.

Based on Swords & Wizardry WhiteBox, White Lies brings all the simple elegance of WhiteBox out of the dungeon and into the realm of espionage and paramilitary action and adventure! The digital purchase includes character sheets (both class-specific and blank) and a small Admin toolkit called Echo Team, containing a team of pre-generated level 1 agents for you to use as NPCs or quick players characters.

I have added support for Techniques. 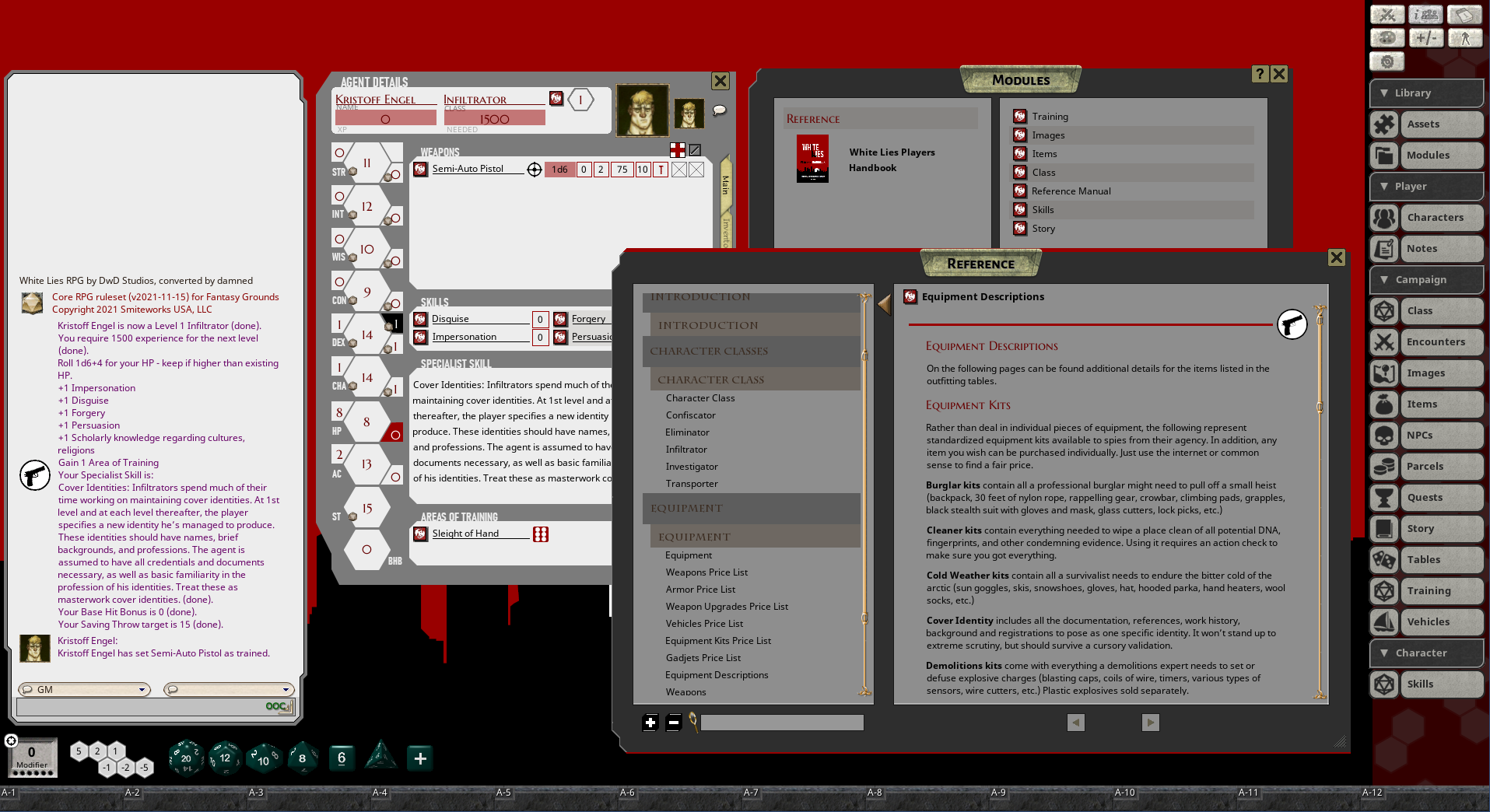