Note: You are not logged in.
Swords & Wizardry Complete Rules

- The Player Book, with all classes, races, equipment and the basic rules you need to play the game

- The Monster Book, which contains over 150  NPC records and Monster Descriptions  broken down by HD.  Ready to drag and drop into your game

- The Spells and Magic Book.  This book contains spells for Druids, Clerics and Magic Users as well as the rules governing magical research. (over 120 spell records and tables) 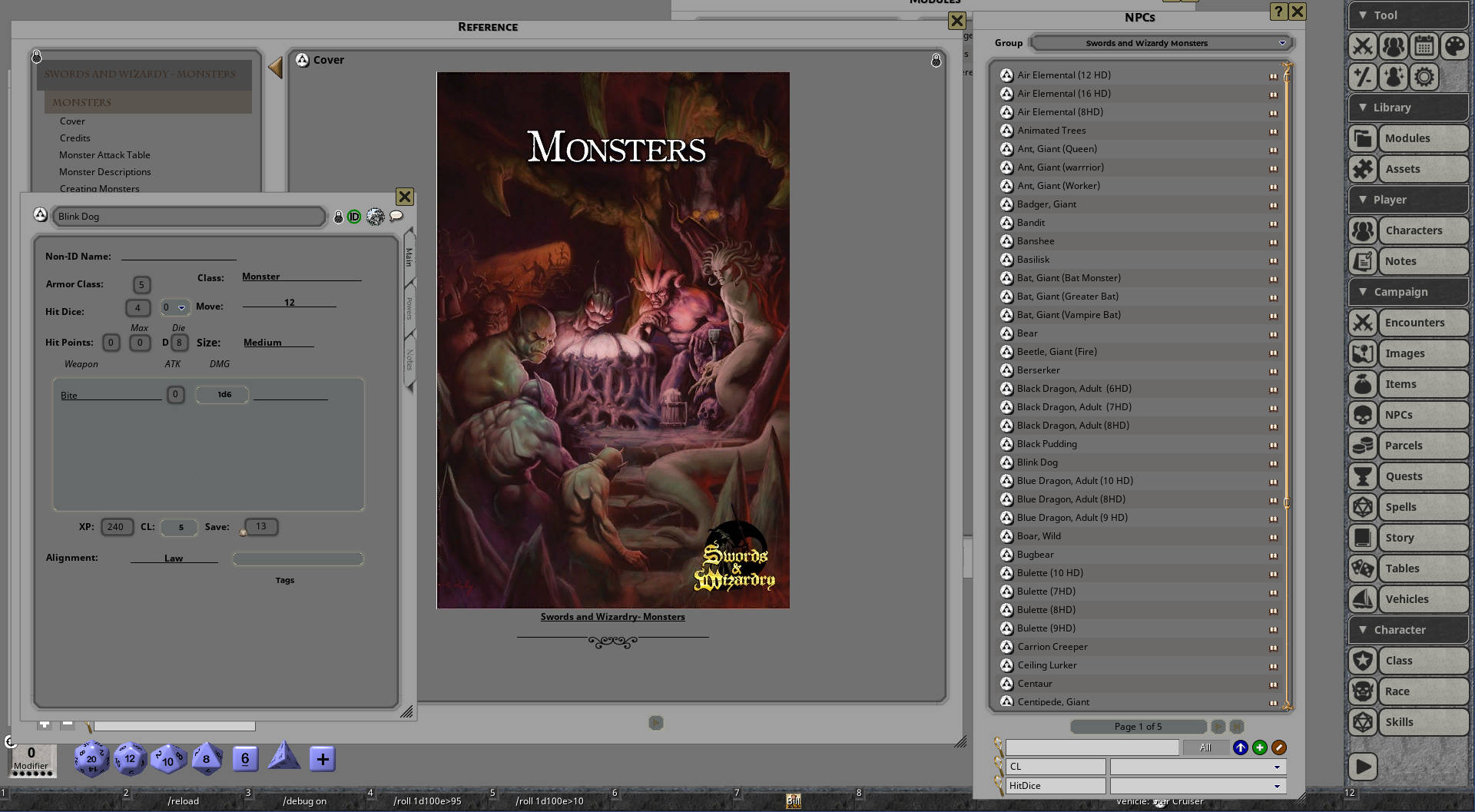 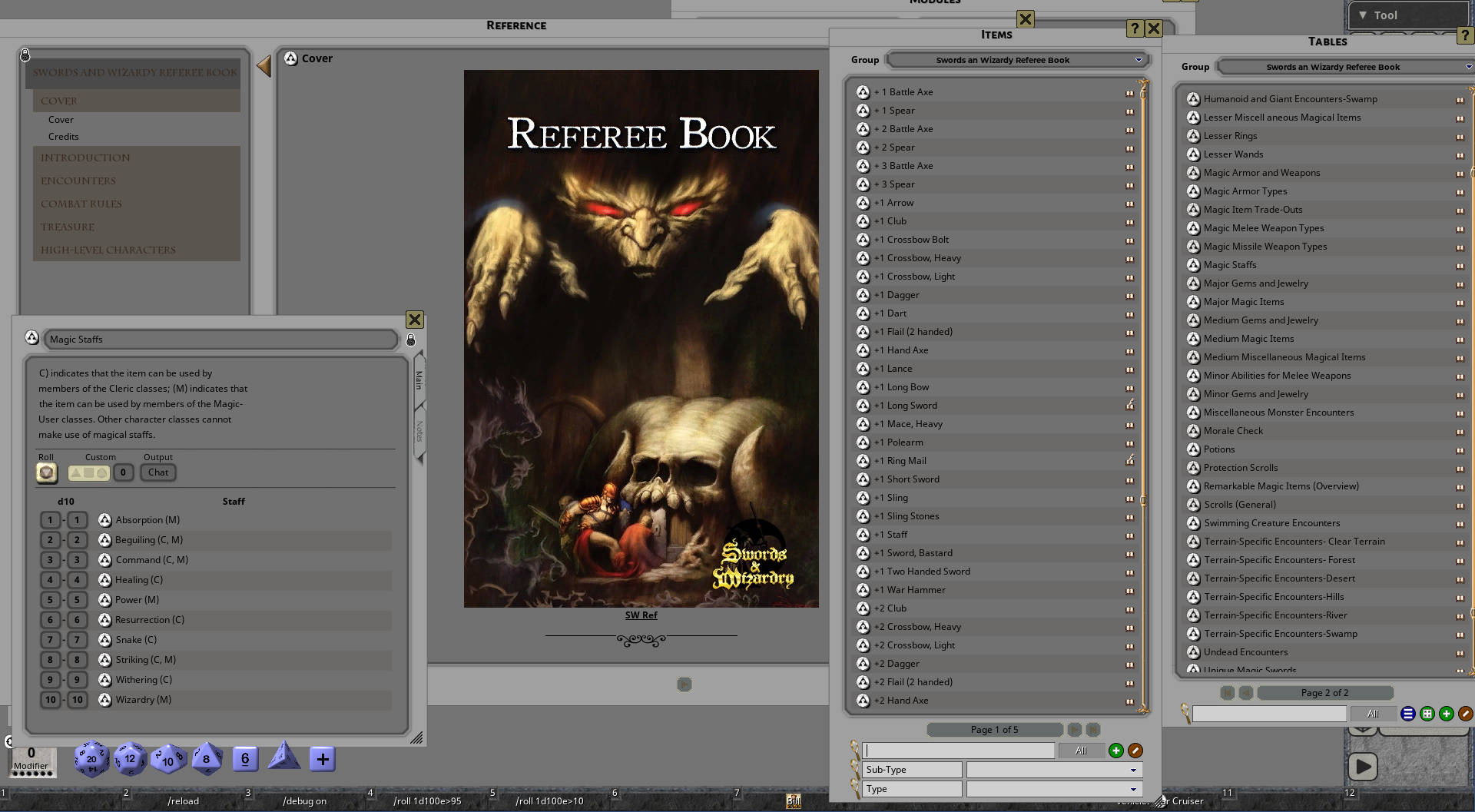 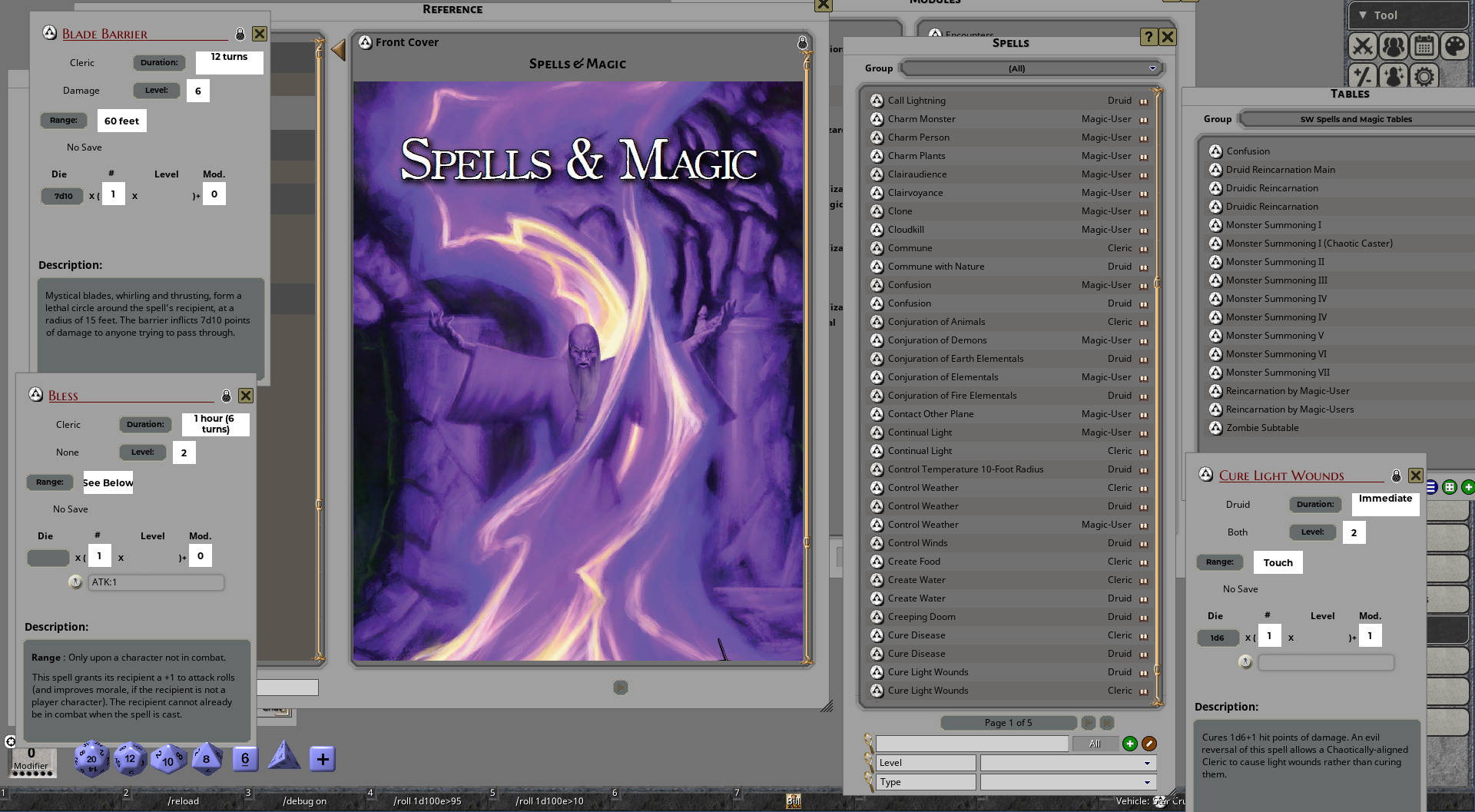