Note: You are not logged in.
B9's Surprise Round Extension

An extension to roll a surprise round and place 'surprised' effects onto the combat tracker.

Adding to the host combat tracker 2 buttons 'PC' and 'NPC' that rolls stealth and perception checks for 'friendly' or 'foe'. The button is who will be 'surprised'

Included is the effect support for 'IMMUNE: surprised', which will reject the addition of the 'Surprised' effect as expected.

On the end of a character turn the 'surprised' effect is automatically removed, as that character can now use reactions.

This is processed on the host side and will result in possibly a lot of dice rolling, so 'manual' rolling is not advised. 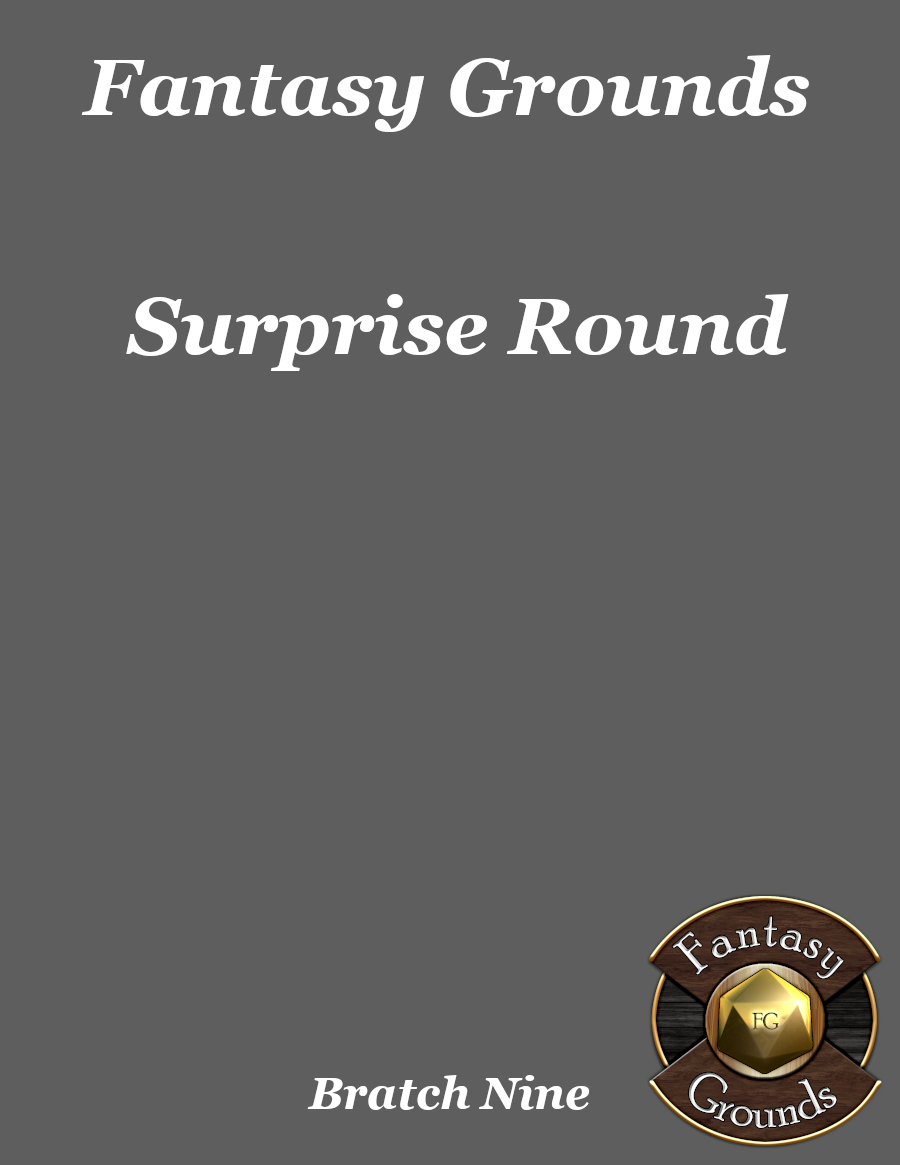 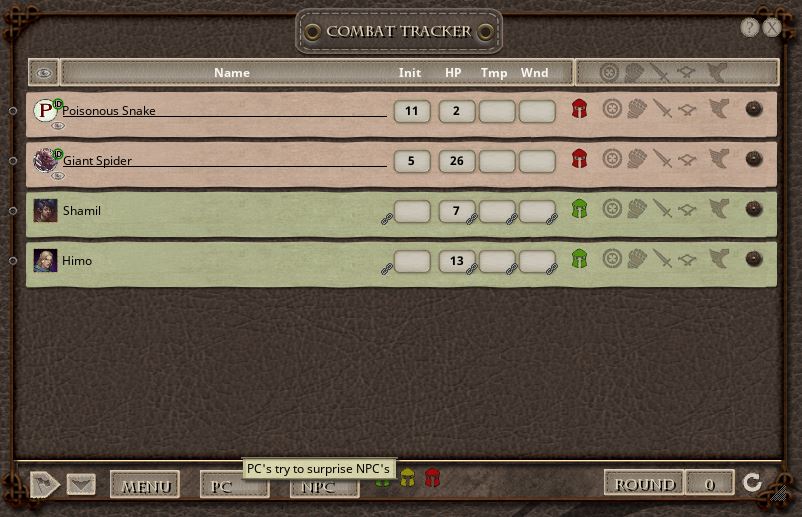 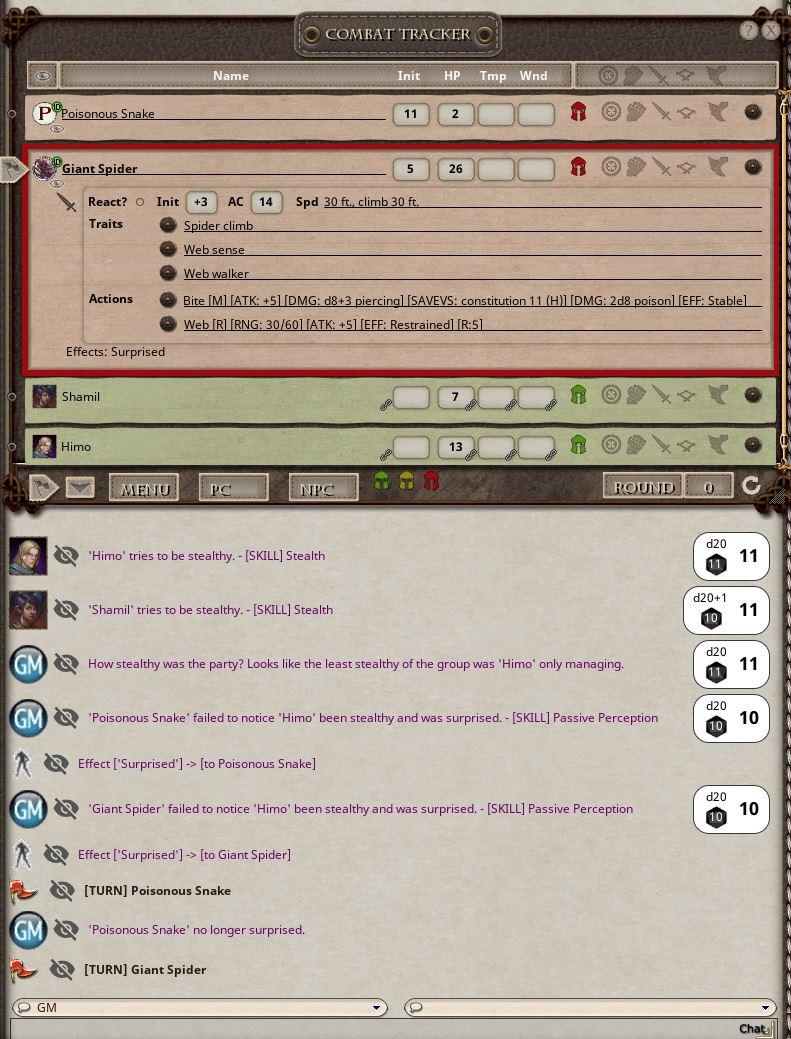