Note: You are not logged in.
WWII: Operation WhiteBox

In WWII: Operation WhiteBox, the player characters (PCs) play the role of WWII special forces operatives. They may be formally trained and part of an officially designated special forces unit such as the SAS or U.S. Army Airborne, or they may simply be guerilla fighters dedicated to making life hard for the German Army. They may also be covert agents working for organizations such as the SOE or OSS. Whatever their affiliation, their job is to complete missions behind enemy lines, paving the way for the next Allied advance.

WWII: Operation WhiteBox is a standalone game that uses the Swords & Wizardry WhiteBox rules as its base. In addition to standard gameplay rules, the game contains the following:

Fantasy Grounds conversion includes a Reference Manual. LOS on the included adventure map, and tokens for all NPCs and vehicles. 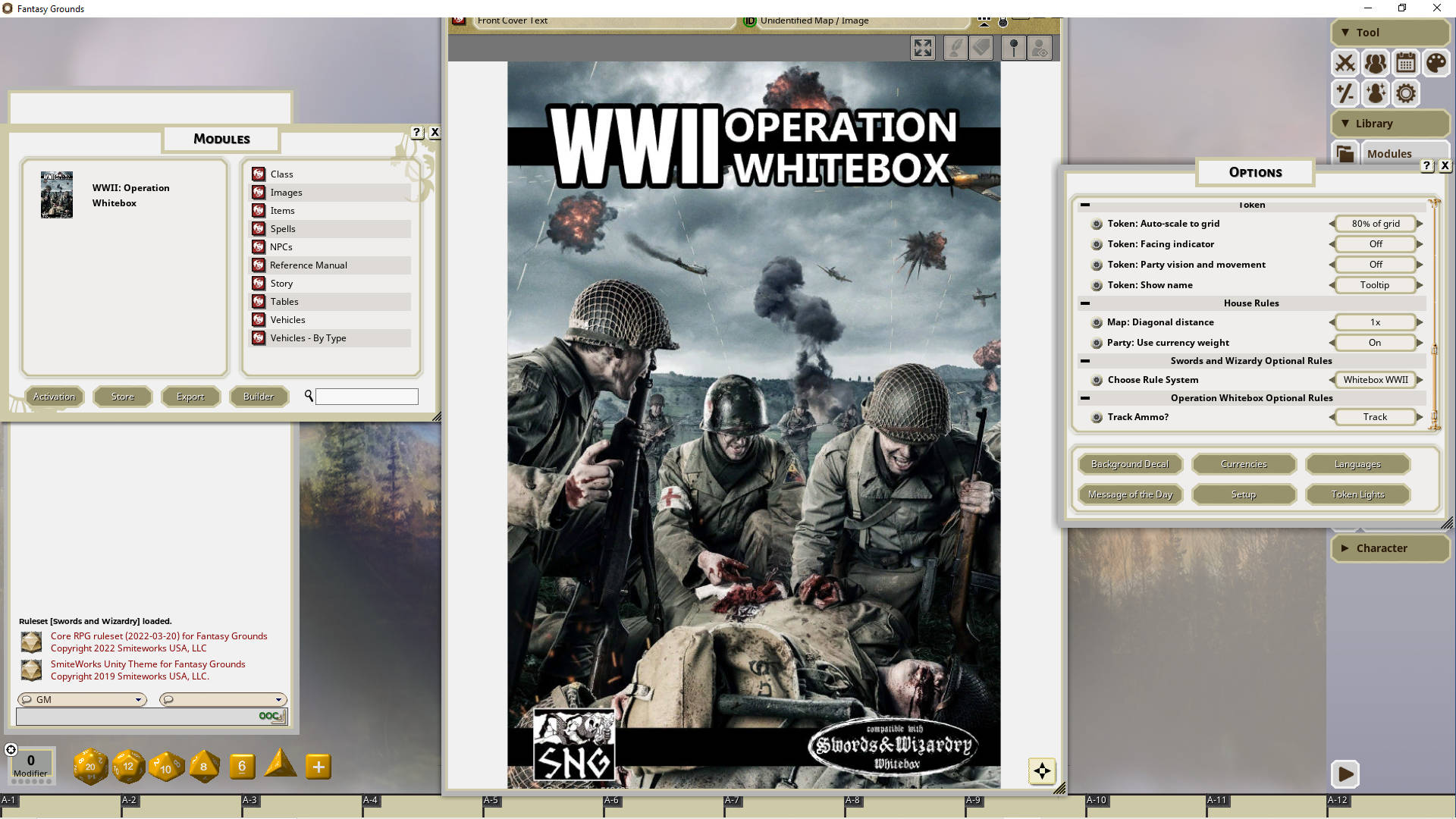 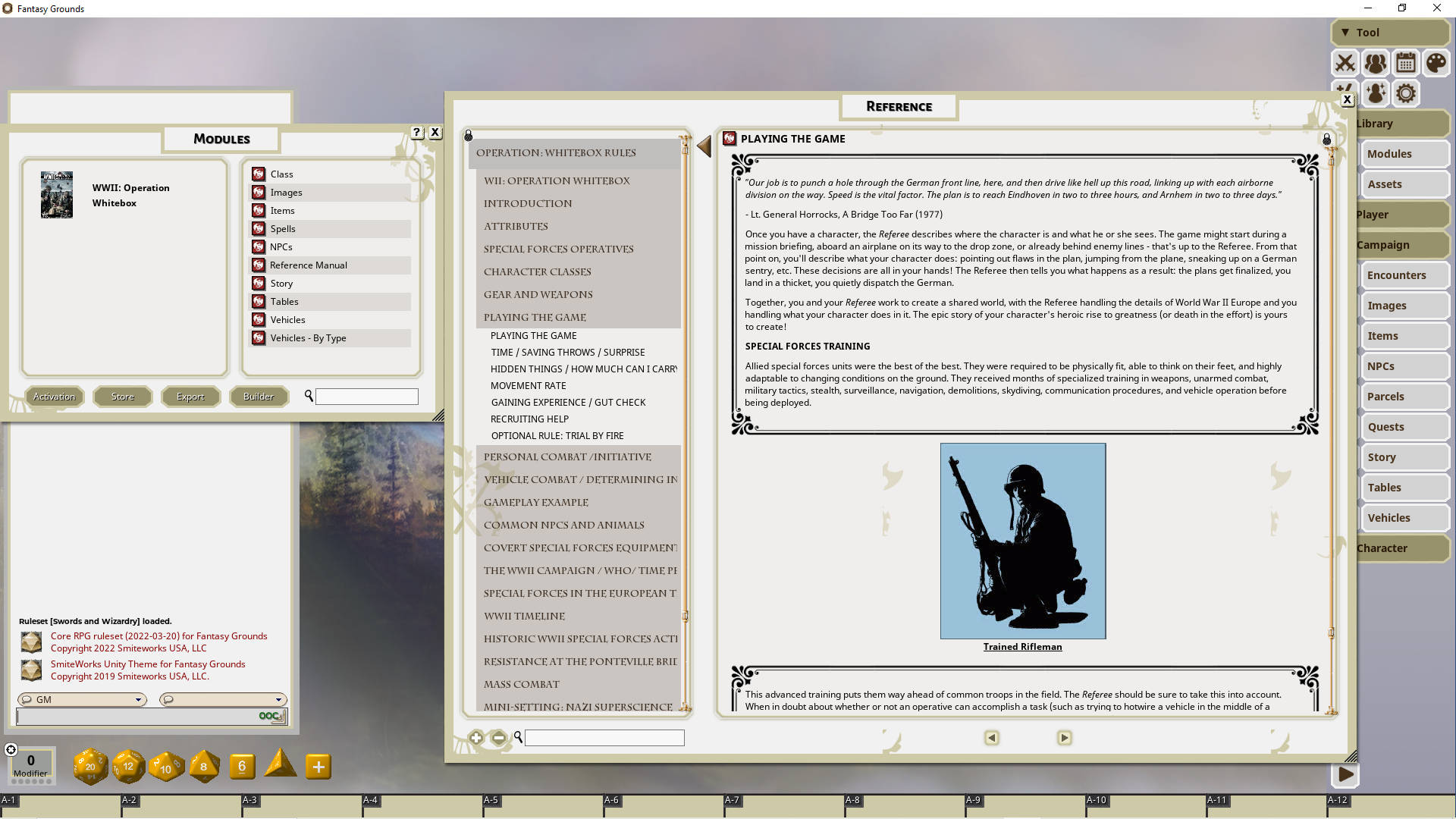 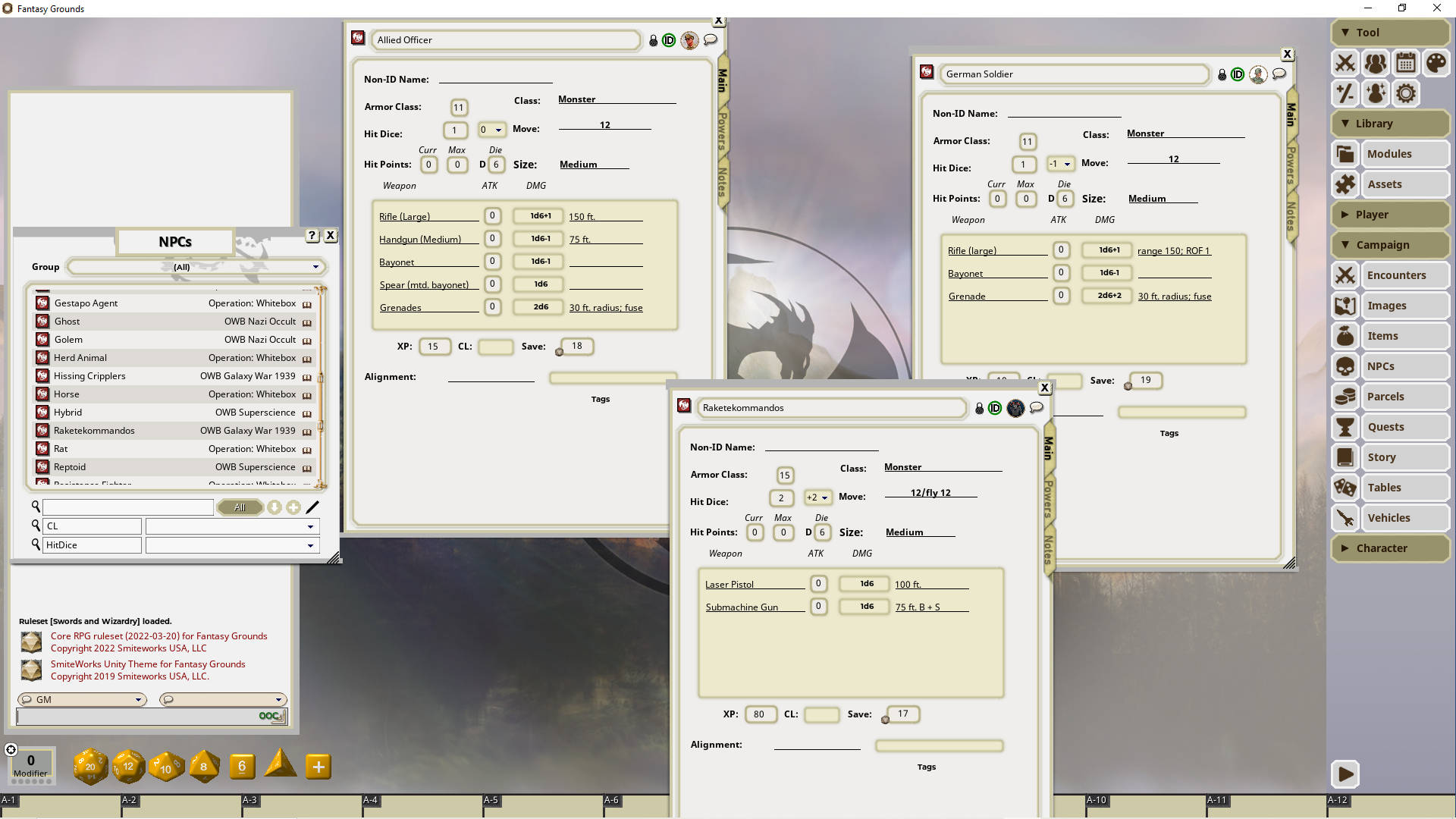 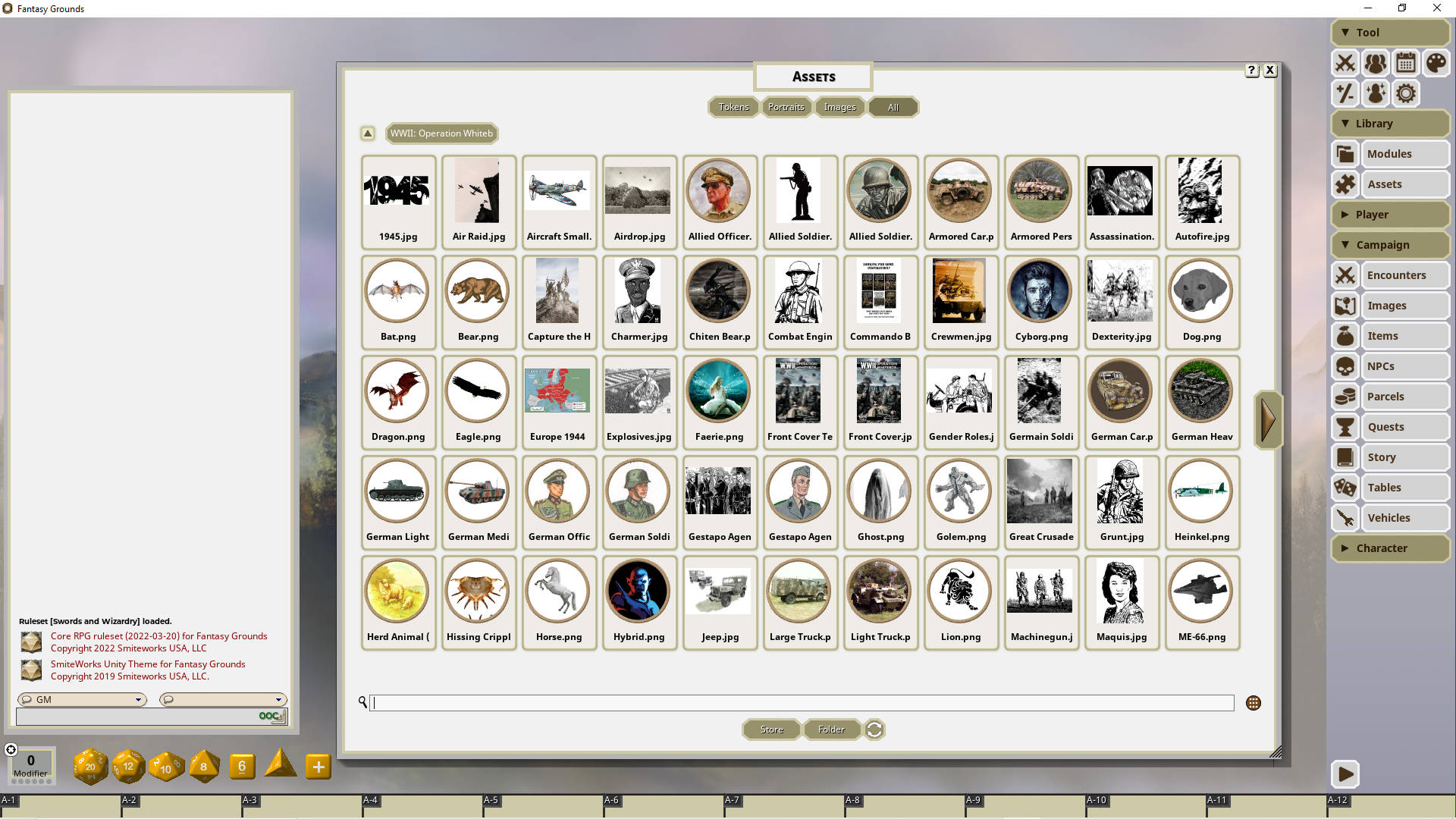 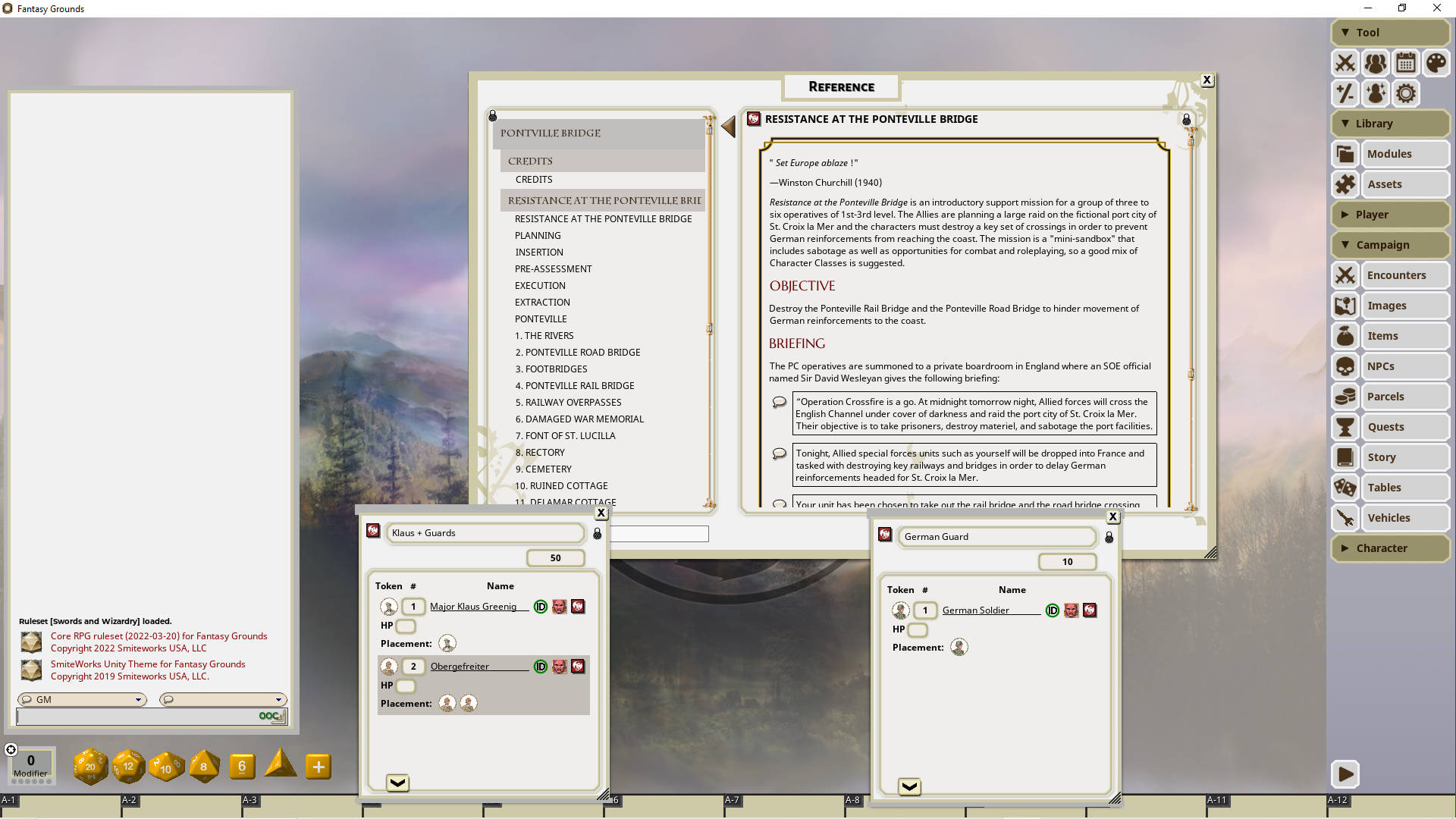 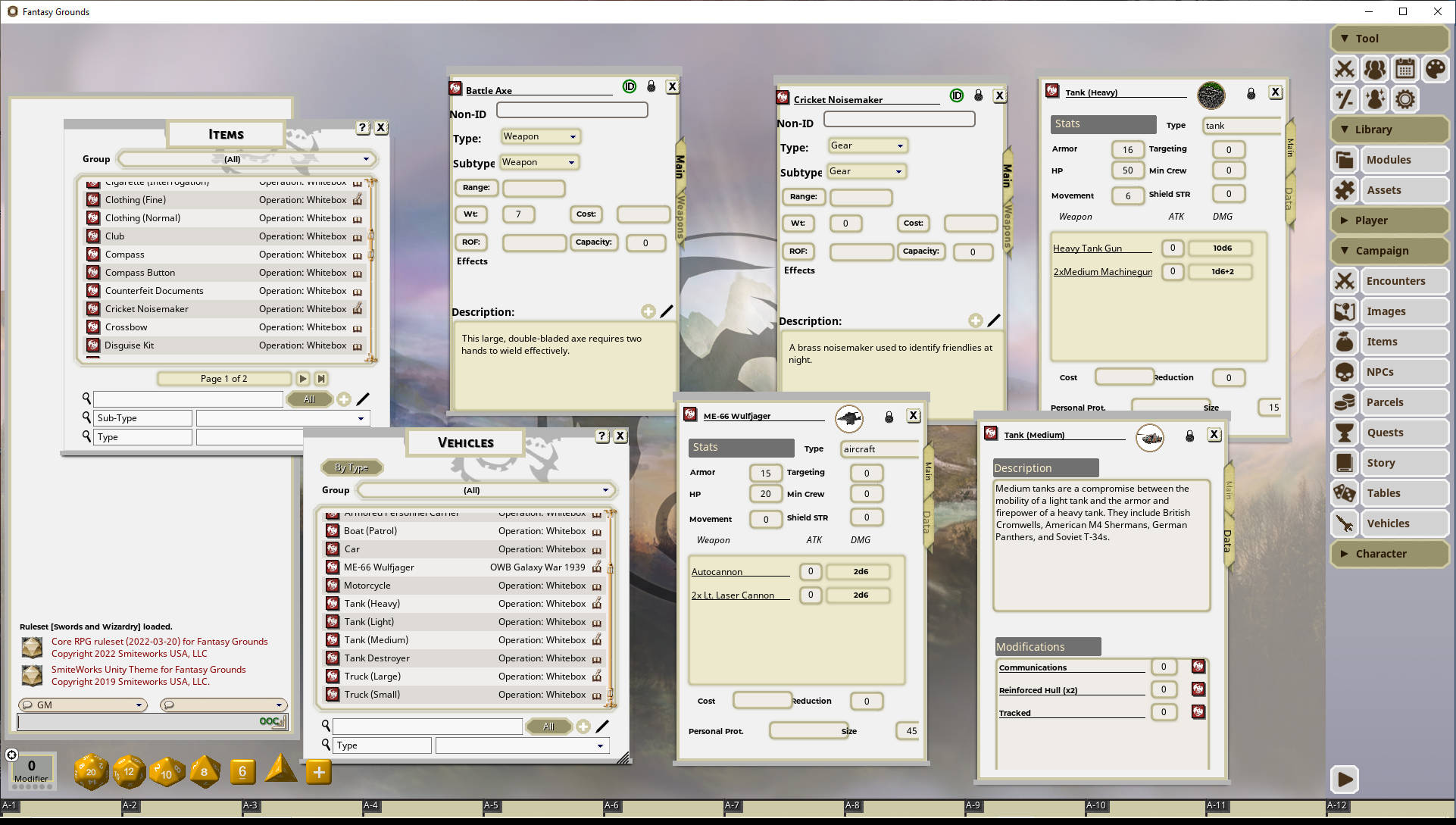 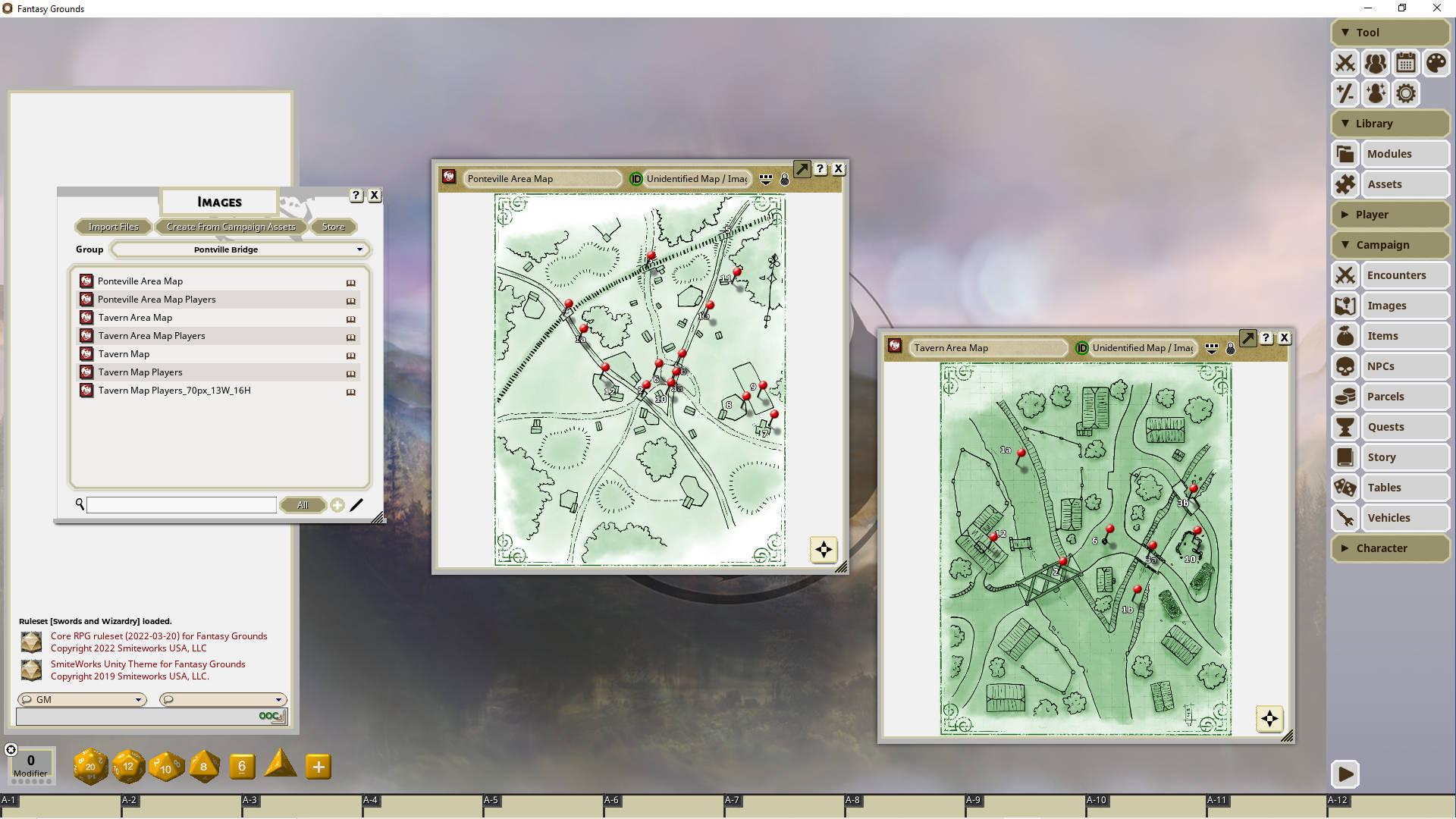