Note: You are not logged in.
5e Shield & Reaction

This extension notifies a player if their character can use the Shield spell to block an attack.

It also helps keep track if a player has used their reaction, and lastly it adds an option for displaying crits and fumbles as larger icons to make them more noticable.

If a player has the Shield spell, hasn't used their reaction this round and has a spell slot available, then they will be notified that they can use the spell to block an attack aimed at them.

The method of warning can differ depending on the options selected in the options menu under the 'Combat' header.

Please note that the shield notifications are PC only, NPC's do not receive them.

In the Combat Tracker there is a small toggle button in the 'offense' tab to aid with keeping track of reactions (GM Only).

If a spell  that has a casting time of '1 reaction 'is added to a character sheet, manually or as a product of a Fantasy Grounds normal spell automation, a new effect of [spell name]; (RCT) will be added to the spells action tab.  This needs to be cast before the spell is cast by the character and will check if they can cast the spell (reaction, spell slots, etc) and then activate the reaction toggle in the Combat Tracker.

The (RCT) tag can be added to any effect to help keep track of reactions for other things, e.g.. a Rogue’s 'Uncanny Dodge'.

In the Options menu there are now two new options:

By changing the selection in these two options, various different types and style of notification are available for the Shield notification and for Crit and Fumble notification:

Notifications can be: Both (Text), Shield (Icons), Crits (Icons) or Both (Icons)

What each of these do, and their correlation with each other is shown in the attached pictures. 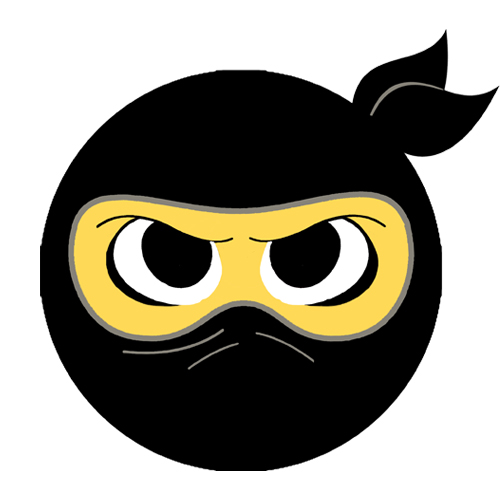 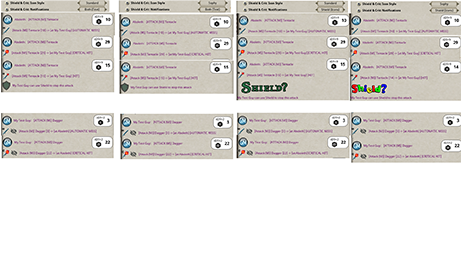 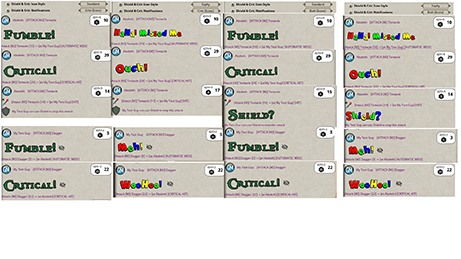