Note: You are not logged in.
Castles & Crusades: Monsters & Treasure

The great hosts of creatures lurking in fantasy worlds are as numerous as the stars in the sky. Some are foul and evil, while others are wondrous and wise, and earn the respect of all good folk. Beasts of legend and myth, monsters great and small, these are the minstrel’s fare: dragons, giants, orcs, foul-minded fey, the dreaded hydra, the riddling sphynx, the naga, wyverns, griffons and so very much more. Dragons that sleep upon mounds of gold, orcs living in the squalor of their plunder, a sphinx guarding the magics of ancients armed with enigmas; all of these are classified as monsters.

What you will find in the Castles & Crusades Monsters & Treasure

Monsters & Treasure contains over 400 monsters for your Castles & Crusades game. Each entry consists of an in-depth description of the monster, along with its nature, habits, the territories they occupy, their predilections, and all other relevant material. Each entry contains all the statistical information required to run the monster at any game table.

Including mountains of treasure, both magical and mundane, as well as how to roleplay monsters, handling combat with monsters, creating monsters and defining and awarding treasures.

Contained within this book is a wealth of information for the Castle Keeper. Along with the monsters and are hundreds of unique treasure items, advice on roleplaying monsters, handling combat with monsters, creating monsters, rules for awarding treasures and creating magic items

Now in Fantasy Grounds, Castles Keepers can use it to create encounters and combats within their campaigns. NPC records have been expertly entered and organized for ease of use and reference during play. Now everything you need to play Castles & Crusades with your others across the globe is now possible with the Fantasy Grounds Castles & Crusades ruleset and our core rulebooks, Players Handbook and Monsters & Treasures.

What's included with the Fantasy Grounds version of the Monsters & Treasure

370+ Images to share with your players as hand-outs during play.

350+ Monster tokens to represent your monsters on tactical combat maps and in the combat tracker.

775+ Individual NPC records created within Fantasy Grounds for use in building encounters and to help automate attacks and abilities in combat.

Full descriptions and stats for all monsters from the C&C Monsters & Treasure.

The complete 366 pages of reference material from the C&C Monsters & Treasure for ease of reference during play.

Searchable monster indexes by HD, letter and type and in alphabetical order.

All these features have been compiled into sections within a special reference manual specifically formatted for ease of play on Fantasy Grounds at the table or over the Internet.

This product's format, programming code, and presentation is copyrighted by SmiteWorks USA, LLC. 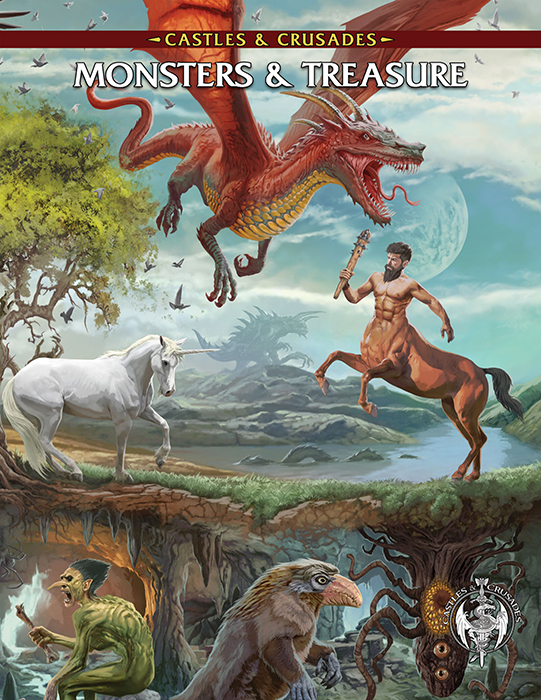 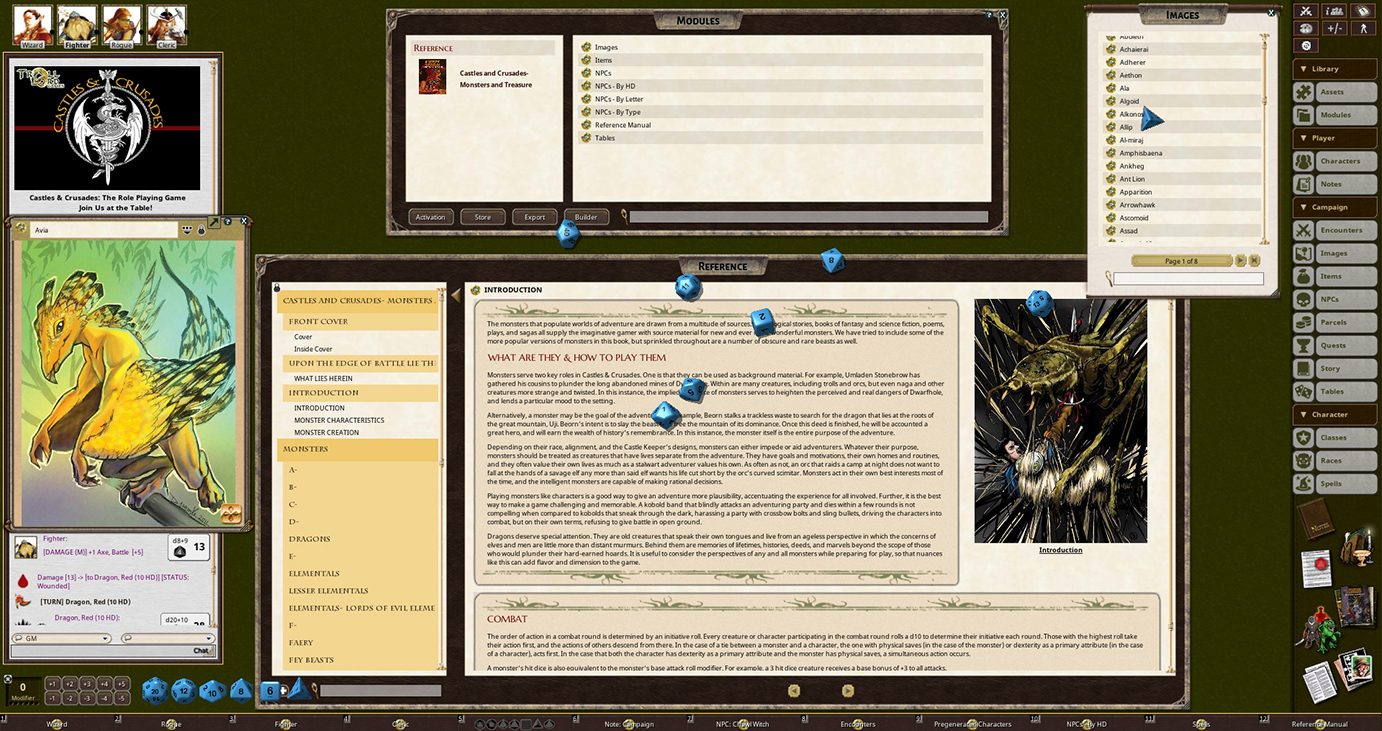 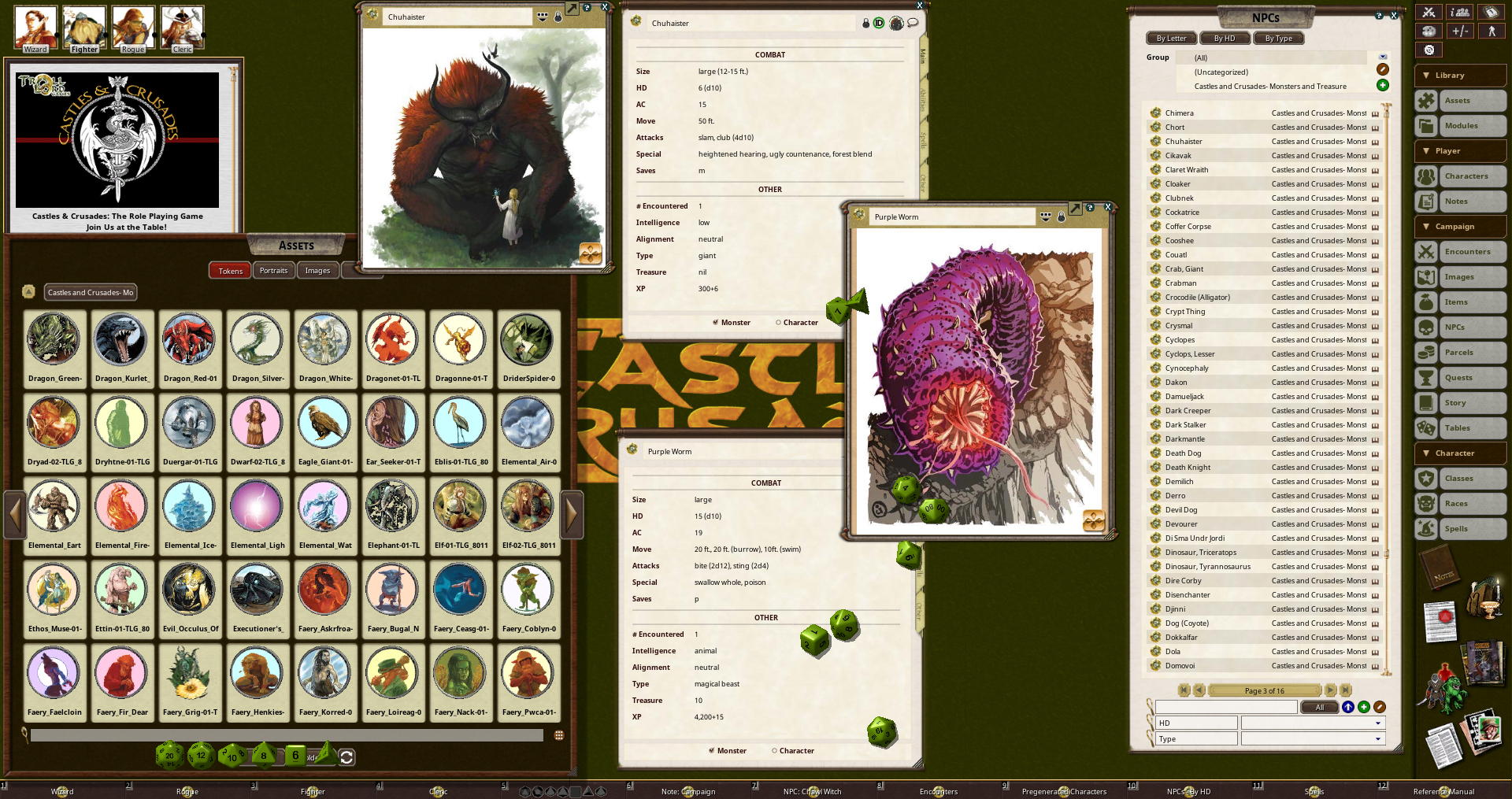 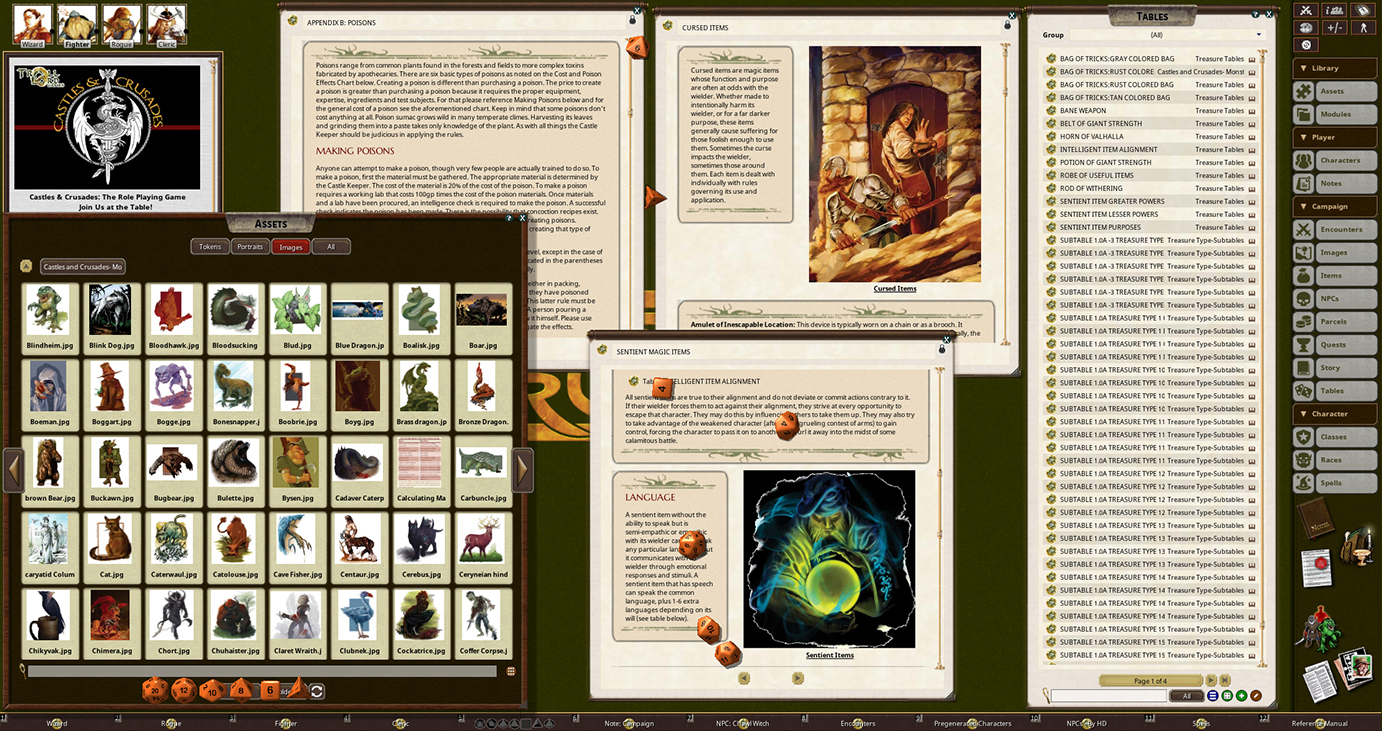 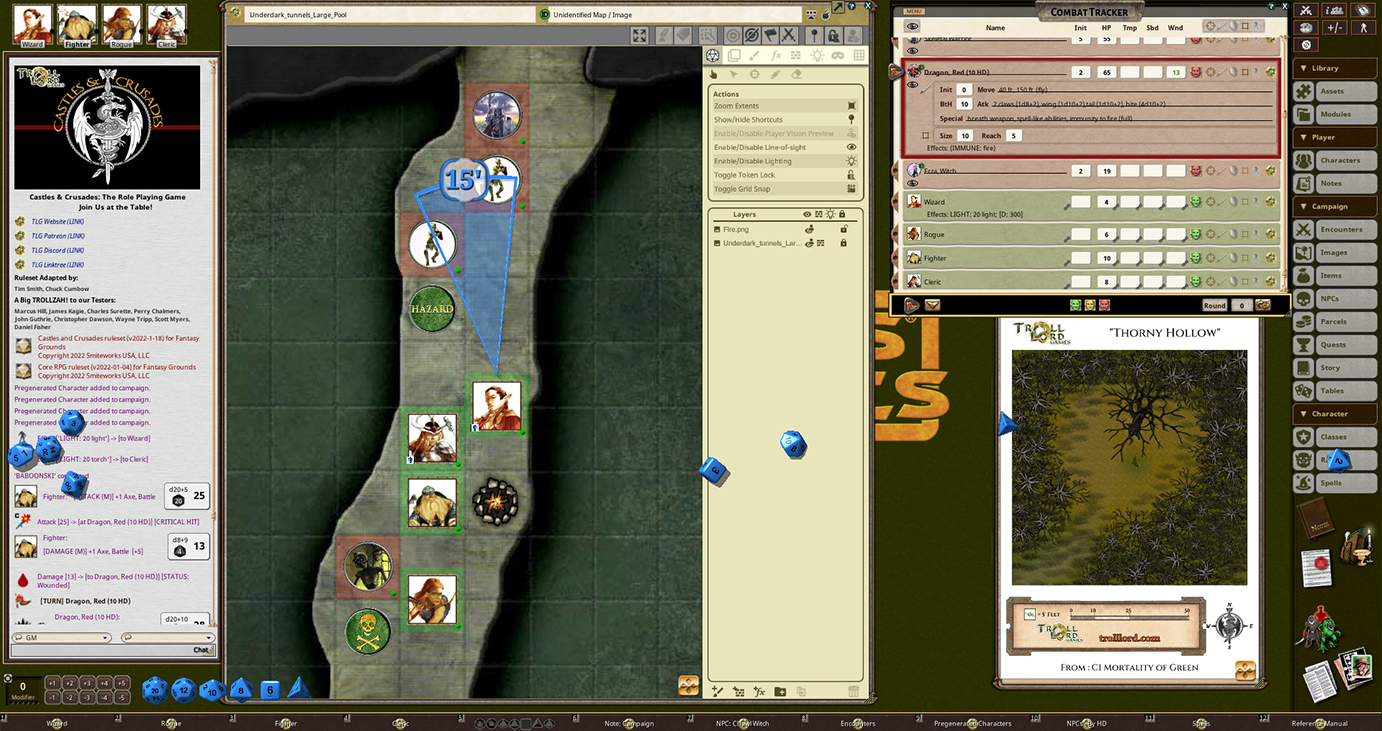